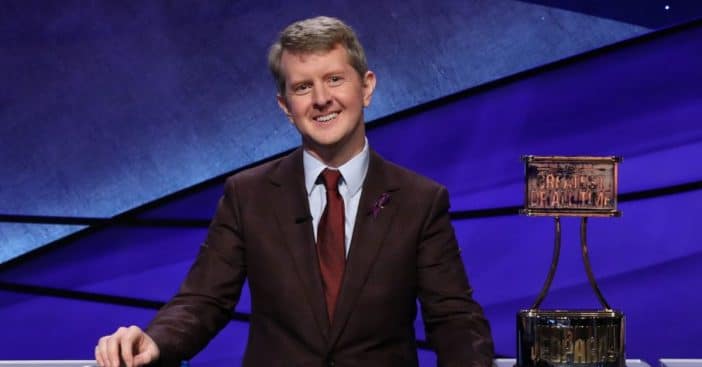 Ken Jennings is one of the most famous Jeopardy! contestants. He has since competed in the “Greatest of All Time” episodes. Previously, he was known for winning 74 games in a row! His first episode aired on June 2, 2004, and has not aired on television since.

Now, fans are getting a chance to relive the magic. Ken auditioned for Jeopardy! in 2003. During that time, there was not an online test yet, so he had to drive from Utah to Los Angeles just to audition.

A long time ago in a galaxy far, far away … #KenJennings made his first appearance on Jeopardy!⁣
⁣
Tune in today for an encore presentation of the game!⁣
⁣#JeopardyGOAT pic.twitter.com/dQe9HacqqX

A year later, he got the news that he was picked for the show! Ken said, “Bob from ‘Jeopardy!’ was … like, ‘OK, we actually want to have you on (the show) in three weeks.’ I’d totally forgotten that I had ever tried out for ’Jeopardy!’ and then I panicked because I had not been studying; I had not even been watching the show, and so then it was flashcards morning, noon and night.”

Now, fans are able to re-watch Ken’s first episode on Jeopardy! on Monday, May 4th, 2020. Jeopardy! will also be re-airing the “Greatest of All Time” tournament featuring Ken.

Jeopardy! will be airing reruns since production had to be stopped due to the coronavirus pandemic. There are still a few new episodes coming in the next few weeks though, so stay tuned! Keep in mind that past episodes are available now without commercials on Netflix too.

Click for next Article
Previous article: Hall Of Fame NFL Head Coach, Don Shula Dies At 90
Next Post: Lesley Stahl Of ’60 Minutes’ Reveals She Was Hospitalized For Severe Case Of Coronavirus