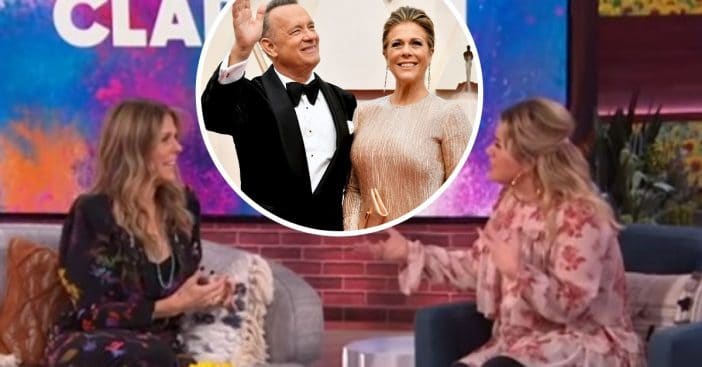 On a recent episode of The Kelly Clarkson Show, Rita Wilson opened up about what drew her to Tom Hanks when they met. Of course, now they are married and have been for quite some time. Rita got into the story after Kelly said that Tom is very talkative and loves telling stories.

Rita admitted that is exactly what drew him to her! She said, “First of all, I love a good storyteller. So, anybody who could tell a good story, I’m down with that.” Rita also said they just got along instantly when they met and that Tom still makes her laugh all the time.

The singer also opened up about her previous breast cancer diagnosis in 2015. She talked about how she had to tell Tom her requests in case anything happened to her. She said, “I wanted to have these very serious discussions with my husband and I said to him, ‘Look if something happens and I should go before you, then I just want you to know that there’s a couple of things that I want. One is that I want you to be super sad for a really long time … like, I will haunt you.”

Since she appeared on The Kelly Clarkson Show, Rita and Tom caught coronavirus. Luckily, they have both fully recovered. Rita just adds coronavirus to the list of things she has survived, including breast cancer.

Click for next Article
Previous article: Curt Smith Of Tears For Fears Performs “Mad World” With His Daughter
Next Post: Costco Is Letting Healthcare Workers Shop Ahead Of Other Customers