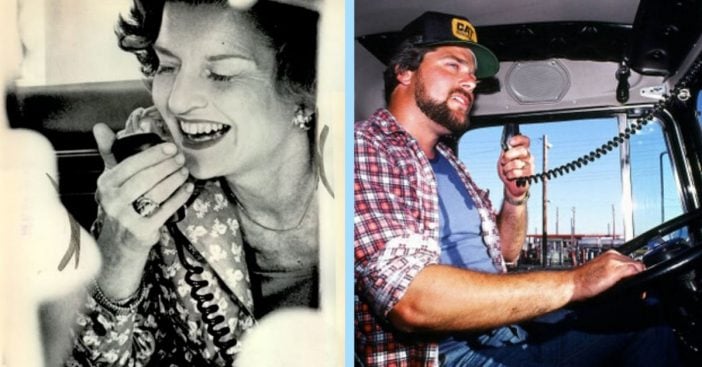 Some trends come into existence to make a statement. Others spread because of availability. And others still are out of necessity. The CB radio was something of a mix of all these and a bit more. It had quite a few practical uses people took advantage of, but it was also just fun. In a way, it was Twitter before Twitter, but with less of the chaos and mixed bag of energy.

Ultimately, it was a handy tool for communication and connection. Today, most things occur online through the thoughtful but sometimes impersonal medium of digital text. But the CB radio helped everyone connect on a whole other level. Everyone got into it, and for good reason, which you’ll learn about here.

Before mobile phones and email, information still needed to be distributed. Known at first as the citizens’ band radio, the CB radio started its reign during the 1940s in America. Ultimately, many countries came to use this handy device, but in the U.S. it allowed individuals to easily communicate over a certain frequency.

Gradually, this purpose narrowed over the next few decades to be even more practical and beneficial. Truckers and small business owners alike used the CB radio to coordinate their activities. And, though a bit less purposeful but still meaningful, radio enthusiasts flocked to this device. 1973 made this radio useful to everyone, though, with the oil crisis that same year. People had new laws and restrictions to adhere to. Sometimes, they did. Other times, though, they worked around them. CB radios helped drivers warn about speed traps and spread the word on which stations had more fuel on hand.

CB radios became another part of everyday life for everyone. Really, everyone. Fictional characters and real historical figures alike utilized this device. MeTV points out how shows such as The Dukes of Hazard and Movin’ On used the CB radio. Additionally, even First Lady Betty Ford developed a presence on the CB radio. Twitter was a long way away, but she still made a “handle” for herself, which was First Mama.

Popularity fizzled out a bit as the ’70s progressed. In a way, it’s still present in our lives but with a totally new skin. Instead of anonymously chatting verbally, we anonymously write digitally. Back then, at least, it required a $20 dollar license to use a CB radio. Later, it cost only $4. But it certainly set a standard for the accessibility of means of communicating. But it’s still exciting to think about owning the original way we all talked with one another.