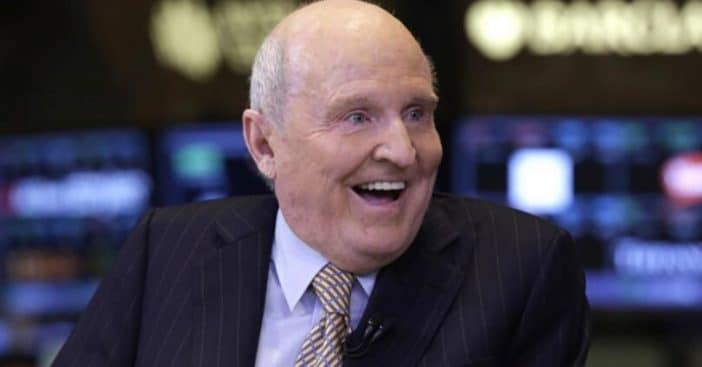 It has been reported that the former CEO of GE, Jack Welch, has died at the age of 84. He led General Electric through 20 years of great success. He became CEO in 1981 and retired in 2001. Current GE CEO Larry Culp releases a statement in light of the sad news. “Today is a sad day for the entire GE family,” he says.

“Jack was larger than life and the heart of GE for half a century. He reshaped the face of our company and the business world. Jack was a strong and constant influence throughout my career despite never having worked directly for him.”

Remembering Jack Welch and his legacy

Welch was named “Manager of the Century” by Fortune magazine in 1999 as he increased the financial success and more for GE. The market value of the stock would rise from $14 billion to more than $400 billion in 20 years’ time.

RELATED: Here’s Why Chick-Fil-A Staying Closed On Sunday Is So Successful For Business

Jeff Sonnenfeld is a Yale business professor and founder and president of the Chief Executive Leadership Institute. He recalls teaching Welch in the early 1980s. “He had a tremendous focus on shareholder value.” Sonnenfeld also says that Welch would push GE into “new lines of business,” most notably during the 2008 financial crisis. Welch dove straight into financial services during that time. “That provided a cookie jar. But it was a diversion that many European industrial giants didn’t get distracted with,” Sonnenfeld says.

A visionary for the corporate world

Jack Welch, former Chairman and CEO of GE, a business legend, has died. There was no corporate leader like “neutron” Jack. He was my friend and supporter. We made wonderful deals together. He will never be forgotten. My warmest sympathies to his wonderful wife & family!

Welch was also named “Neutron Jack” as he shredded divisions and individual managers who he believed were not performing to meet expectations. During just his first year as CEO in 1981, he would sell close to 100 businesses.

Even President Donald Trump has expressed his sympathies in light of the sad news. “There was no corporate leader like “neutron” Jack. He was my friend and supporter. We made wonderful deals together. He will never be forgotten. My warmest sympathies to his wonderful wife & family!” Trump says in a tweet. Rest in peace to a great leader and businessman.