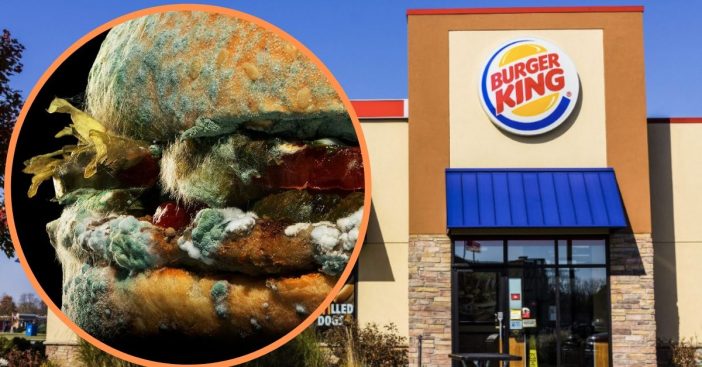 Burger King is making a new and bold move in terms of advertisements. They are now proudly advertising a moldy whopper and many want to know why. The reason behind it is actually pretty telling for the fast-food giant. It is to show that this new whopper is made with no preservatives, colors, or flavors from artificial sources in the U.S. The new menu item is already available in more than 400 restaurants in the country.

What’s even more exciting is that Burger King has removed colors and flavors from artificial sources from all core menu sandwiches and sides in the U.S. Burger King confirms this news in a recent tweet.

Check out the video for the moldy whopper

the beauty of real food is that it gets ugly. that’s why we are rolling out a whopper free from artificial preservatives. coming by the end of 2020 to all restaurants in the U.S. pic.twitter.com/yQL6kAYZrY

“The beauty of real food is that it gets ugly. That’s why we are rolling out a whopper free from artificial preservatives. Coming by the end of 2020 to all restaurants in the U.S.,” they write.

Fernando Machado, Restaurant Brands International Global Chief Marketing Officer, has also released a statement on the new menu item. “At Burger King restaurants, we believe that real food tastes better,” he says. ”That’s why we are working hard to remove preservatives, colors and flavors from artificial sources from the food we serve in all countries around the world.”

The advertisement released on social media shows a time-lapse of the whopper. It starts at day 1, looking delicious as ever, and as the days go on, mold continues to grow. By day 34, mold has completely overtaken the sandwich and a line reads, “The beauty of no artificial preservatives.”

The advertisement is being met with mixed reviews. One person writes, “I was going to get BK today for lunch, I am earnestly not now because this made it look disgusting. I just saw a whopper commercial on TV, now this undid that. Free advice- delete this tweet.” Another says, “I can’t decide if this is brilliant or like, gross. Either way, now I’m hungry.”

What do you think of Burger King’s new ad for the new whopper?