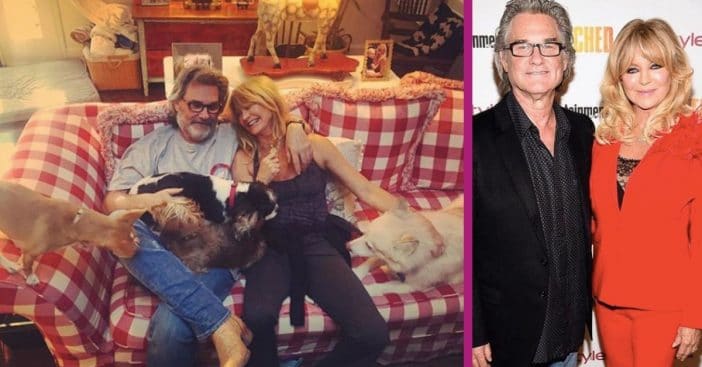 Kurt Russell and Goldie Hawn recently celebrated their 31st anniversary and on Valentine’s Day! So sweet! Russell stopped by Chelsea Handler’s show to promote his newest movie Art of the Steal and his new GoGi wine line. While there, he talked about what he and long-time partner Goldie did to celebrate their anniversary.

“I heard a really, really gay story about you and how you spent Valentine’s Day,” Chelsea says. “It’s kind of sweet, but there’s a definite gay quality to it.” Russell was subsequently confused by Chealsea’s use of the word ‘gay’ in this context. “Don’t act like it’s not gay, because it is.”

Russell then begins telling Chelsea about The Wine Saloon, a place that he opened. “I’ve been making wine for the past the last years. It’s a really high-end pinot noir and it’s a really high-end chardonnay. So I said, ‘I want to have a great to showcase it at,'” he explains. “In Los Alamos, Calif., there’s this old 1880 Wells Fargo station coach stop that’s still there, and inside of it is this great old saloon that we’ve taken over.”

RELATED: Celine Dion Honors Her Late Husband On The Anniversary Of His Death

Russell simply responds, “You’ve gotta roll with what you’ve got!” Too sweet! Happy 31st anniversary to these two lovebirds.