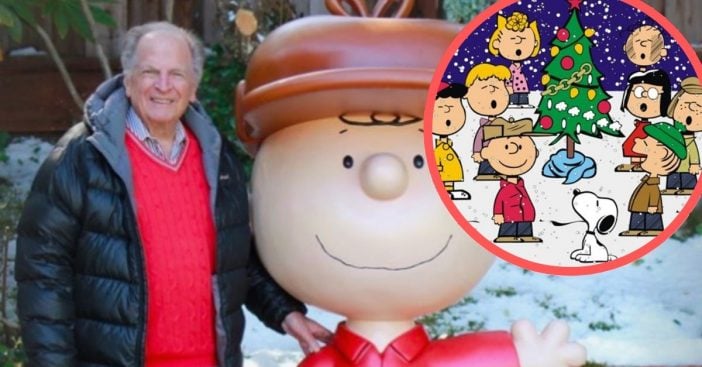 Peanuts executive producer Lee Mendelson passed away on December 25 at his San Francisco Bay Area home. According to his son, Jason, he died of congestive heart failure. This follows a long battle with cancer, CNN reports. He was 86.

Mendelson is known for his work on many Peanuts TV specials. These include A Charlie Brown Christmas. Additionally, he composed the lyrics for “Christmas Time is Here.” After shaping Christmas traditions for years, Mendelson passed away on Christmas day. His son spoke to CNN and noted how bittersweet this is.

Lee Mendelson shaped Christmas and passed away on that day

“We are very sad to lose our wonderful father, but Lee would have said it was serendipitous to pass on Christmas when the song he wrote with Vince Guaraldi is being heard everywhere and the program he created with Charles Schulz and Bill Melendez is being celebrated around the world,” Jason Mendelson told CNN.

He went on to add, “While it was not a great time for us, it was not a bad time for him to pass.” The franchise he helped shape also took time to honor Lee Mendelson. The Charles M. Schulz Museum Twitter page mourned the loss two days after his passing.

The @schulzmuseum would like to recognize the passing of Lee Mendelson who died on December 25th at the age of 86. Lee Mendelson, Charles M. Schulz, and Bill Melendez (L-R) produced fifty television specials and four animated feature films. [📸: R. Smith Kiliper] pic.twitter.com/y5ue9X8rdi

Initially, Lee Mendelson had a pretty strong idea of his desired direction in life. He majored in English at Stanford University and graduated in 1954. After college, he joined the Air Force before going on to work for his father’s produce business. He showed a consistent fondness for production and, indeed, eventually realized his dream to be a TV producer after joining KPIX-TV in 1961.

According to Mendelson in a 2006 statement, CBS News executives did not have a lot of fondness for A Charlie Brown Christmas. In particular, they worried about what they saw as a downbeat tone, Biblical references, presence of a unique jazz score and absence of a laugh track. Upon its debut on December 9, 1965, A Charlie Brown Christmas became an instant hit, however.

Mendelson’s legacy endures in his music and in our hearts

Mendelson recalled one animator making a drunken proclamation about the Christmas special. “It’s going to run for a hundred years,” the animator claimed before passing out. Mendelson, initially, shared the network’s concerns and doubted this bold statement. “We all thought he was crazy, but he was more right than we were.” The special has been airing since its debut. Music from Lee Mendelson features on commercials wanting to quickly capture the holiday atmosphere.

Mendelson is survived by his wife, Ploenta and their children: Glenn, Lynda, Jason, and Sean. He is additionally survived by Ploenta’s stepson Ken along with eight grandchildren.