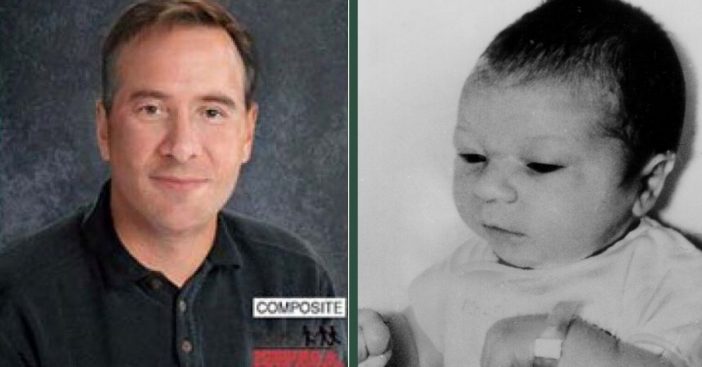 A Michigan man was recently identified as being a newborn boy kidnapped back in 1964. The boy was taken from his mother from someone who was posing as a nurse. He was found through ancestry records after the man (or a child of his) submitted DNA to different sites. The man is now 55 years old. He ends up being the true, abducted child of Chester and Dora Fronczak back on April 27th, 1964. He would end up being raised as Paul Joseph Fronczak.

There are no other details about how Paul was located, just that DNA testing was included. Genealogist CeCe Moore actually reveals that she and an adopted son of Paul’s family submitted DNA from one of his close relatives to ancestry sites back in 2014. The DNA was submitted to the sites Ancestry.com, 23andme.com, MyHeritage.com, and FamilyTreeDNA.com. All the family had to do was wait until Paul or a child of his submit a DNA match.

It was a long shot that the family would be able to find Paul through a DNA match. Moore declines to disclose personal information (such as his real name) as the ancestry records do infringe on the man’s privacy. Despite anything, Paul’s mom, Dora (who is in her 80s now), hopes to be able to reunite with her son very soon. “Our greatest wish is for that to happen,” she tells AP.

RELATED: Calvin Klein’s Daughter Was Once Kidnapped? The High Price He Paid For Fame That Almost No One Remembers Today

Despite ancestry records confirming that this man was the abducted child from five decades ago, the FBI has yet to close the case. The official investigation still remains open before confirming anything. Paul’s mother says that she believes her son was kidnapped by someone who wanted to raise him as their own. Or, alternatively, sell him off to someone else who wanted to raise him.

In conclusion, listen to the news report below:

Click for next Article
Previous article: Couple Buys Abandoned Bond Car For $100, Elon Musk Buys It From Them For Nearly $1 Million
Next Post: Science Teacher Gone Viral Is Getting Students Excited To Learn With His Incredible Stunts