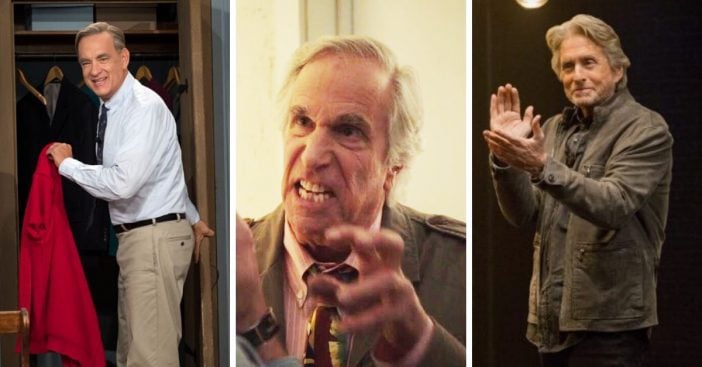 The 2020 award season is coming around quickly and that means that award shows are dropping their nominations for everyone to see. Most recently, the Golden Globes have announced their nominations and some of them aren’t shocking at all. For instance, one of the actors on the list is Tom Hanks, who has been starring in the Fred Rogers film A Beautiful Day in the Neighborhood. He has earned a Best Supporting Actor nomination.

Quentin Tarantino is also up for best director for his 1960s-based film Once Upon a Time in Hollywood with Leonardo DiCaprio and Brad Pitt. In addition, other highlights of the 2020 Golden Globes nominations include Joker with Joaquin Phoenix, The Kominsky Method with Michael Douglas, and more.

For instance, check out the full list of nominations below!

RELATED: ‘A Beautiful Day In The Neighborhood’ Survey Says

Dolemite Is My Name

Once Upon a Time… in Hollywood

Portrait of a Lady on Fire

How to Train Your Dragon

Quentin Tarantino, Once Upon a Time…in Hollywood

Read onto the NEXT page for more Golden Globes nominations…