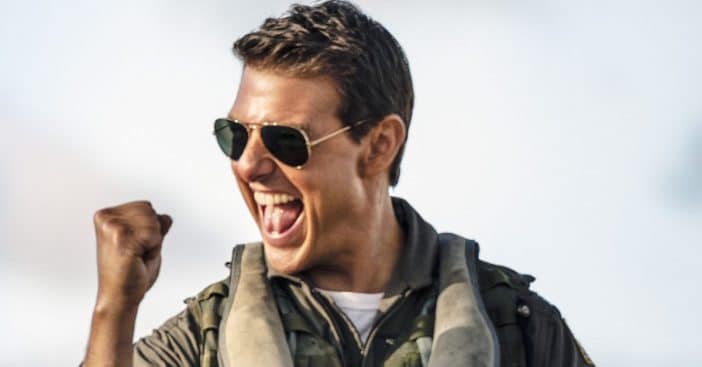 Tom Cruise was roasted pretty badly at this year’s Golden Globes as one joke took aim at his involvement in Scientology. This year’s host Jerrod Carmichael took aim at the Top Gun: Maverick star prior to announcing the Best Actress in a Supporting Role in a Musical or Comedy award.

After Carmichael had emerged with a handful of awards, he joked that they all belong to Cruise. He also jokingly offered the trophies in exchange for Shelly Miscavige’s liberation—Miscavige has yet to be seen since 2007 and it’s said that she’s being held captive inside the Scientologist’s Church of Spiritual Technology corporation near the mountain town of Running Springs in San Bernardino County, California.

#GoldenGlobes host Jerrod Carmichael makes a dig at Scientology: “Backstage, I found these three Golden Globe awards that Tom Cruise returned…I think maybe we take these three things and exchange them for the safe return of Shelly Miscavige.” https://t.co/m069JEKekW pic.twitter.com/fw25ng5nU2

“Backstage, I found these three Golden Globe awards that Tom Cruise returned…” Carmichael began his joke. “I think maybe we take these three things and exchange them for the safe return of Shelly Miscavige.” After the joke was said and elicited laughter from the attendees, the producers then segued to Glen Powell and Jay Ellis of Top Gun: Maverick who presented Julia Garner of Ozark with her Golden Globe.

Some Golden Globes hosts in the past have taken the chance to roast attendees in the crowd (or in Cruise’s case, not in the crowd). Perhaps one of the most memorable hosts was Ricky Gervais, as he took a stab at nearly every big name in Hollywood with some pretty spitfire jokes. In Carmichael’s case, he had no issue addressing the Hollywood Foreign Press Association’s past.

“I’m here because I’m Black,” the host said in his opening monologue. “I’ll catch everyone in the room up. This show, the Golden Globe Awards, did not air last year because the HFPA – I won’t say they were a racist organization, but they didn’t have a single Black member until George Floyd died. So do with that information what you will.”

Additionally, in regards to being tapped to host the awards show, Carmichael joked, “I was like whoa, one minute you’re drinking mint tea at home, the next you’re invited to be the Black face of a White embattled organisation… I’m only being asked to host this, I know, because I’m Black.”