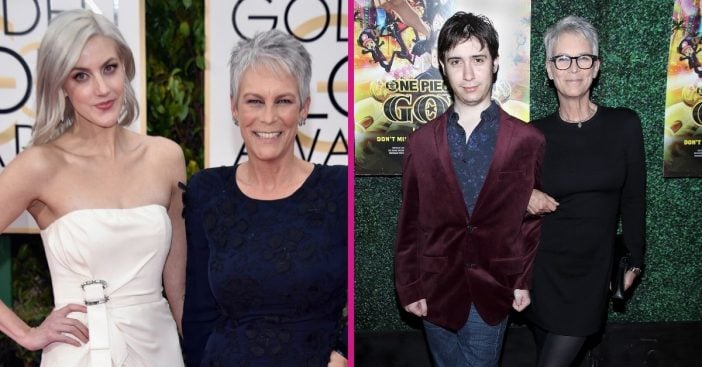 Jamie Lee Curtis recently appeared on The Late Late Show with James Corden to promote her new film Knives Out. She joked with the talk show host on how she uses her kids as an excuse to get out of plans all the time. Jamie has two adopted children, Annie, 32 and Thomas, 23.

James asked if she did anything special on her birthday this year, which falls on November 22nd. She responded, “No, James. I’m old! I’m old, I’m married, our kids are gone.” She revealed that her husband made some plans, but she decided to stay home and watch Netflix with him because he had a cold.

It sounds like Jamie prefers to stay in anyway. She continued, “I had just come back from New York. I was exhausted, and conveniently, Chris got a little cold. So, then I made some chicken soup and I think tried to watch The Crown and then we went to bed.”

She reminisced about when her kids were small and she could use them to get out of going to anything. James seemed to agree! He said, “My favorite dinner party is one that gets canceled an hour before I have to be there. It’s glorious.”

In conclusion, watch more of the interview below with Jamie Lee Curtis: