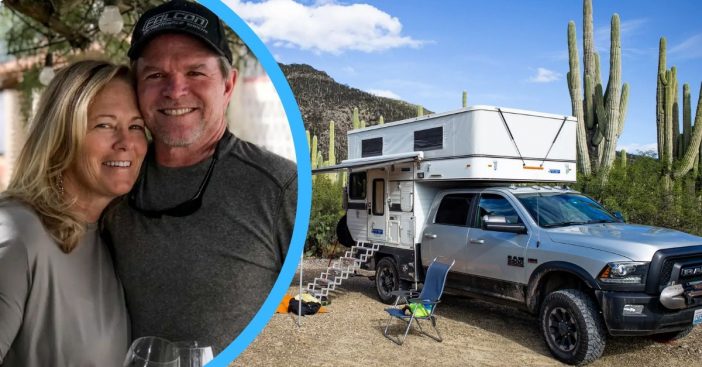 Life gives us plenty of reason to say ours is a small world. But when we step back, we see just how vast our globe is. Stretching across the planet are all sorts of colorful and breathtaking sights, almost too many to count. One couple, however, was determined to at least try their hand at seeing life’s many wonders. Rather than save a retirement fund for bunkering down in one single home, they sold that home. They traded out their house for the world as a whole as their new residence. Now, they’re pursuing their dream to travel in retirement.

Ultimately, they have absolutely no regrets. Joe and Karen Stermitz, 62, felt having a house would anchor them in unwanted ways. They both freed themselves of that tether and earned money for their new marauding lifestyle along the way. With a new adventure awaiting them each day, they are glad they made the choice that they did.

A life of travel after retirement provides a much-needed change

Both Joe and Karen enjoyed successful corporate careers. But the intesnity of that work wears on the soul. Both shared a dream of traveling the world in retirement, getting to see what had felt so distant for all their lives. This is a stark contrast to the grueling nature corporate work can display.

Their decision to sell their home to instead constantly travel is also very different from all they’ve known. “We’ve owned homes all through our careers, and they turned out to be good investments,” Joe explained. Despite being unfamiliar, it was an important step in realizing their ambitions. “I don’t know that selling the house was as much a strategy as it was a necessity. It was the only way we could retire early.” There’s a lot to see out there, so the sooner they can start seeing it, the better!

The trade-off was not bad at all

Joe admitted to feeling some apprehension when it came time to make the big leap. “It was a tough decision: to have no home and to get rid of the things and not look back,” he said. Ultimately, though, the money their house provided was more necessary than the 4,000 square feet of property itself. “I don’t need a big house,” Karen assured. Retirement strategies change all the time, and this is one trend that is gaining more popularity.

Instead of their sprawling – stationary – Washington home, the Stermitz couple stay in their overlanding vehicle with a 6-by-7-foot camper. Instead of 4,000 square feet they now maintain a property of 42 square feet. Now that they’ve caught a case of wanderlust, neither one of them feels they’ll fully settle anywhere of their own again. Karen urges others to take big leaps like this themselves, advising, “Be gutsy, be frugal, and go live life a little bit earlier.”

RELATED: 7 Stunning Bungalows That Are Retirement-Worthy