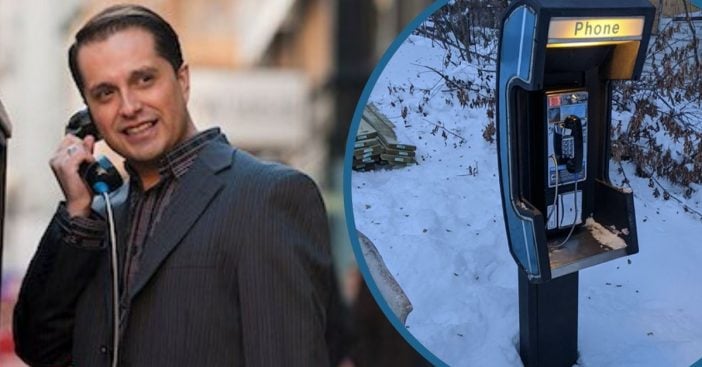 Payphones might be going out of style as smartphones continue to take over the new digital age, However, there is one in Detroit that looks just as old-fashioned and nostalgic as ever. It’s also free to use! Karl Anderson, who founded the Portland, Oregon-based Futel in 2014, is behind keeping payphones alive.

His nonprofit is dedicated to keeping payphones and phone booths in general alive and well. The nonprofit has provided 10 free-to-use phones installed across the country. Most of them are in Portland. Anderson is super excited about the advancement of the nostalgic communication device coming back.

“In the beginning, I just wanted to put up a payphone because they were disappearing,” Anderson explains. “The payphone is a such an interesting and important part of urban history, and hacker history. So I just wanted to kind of play around with that and make an art project around it — to see who would use it just for the phone itself. And I found that a lot of people were using it, much more than I expected.”

RELATED: What Telephones Looked Like The Decade You Were Born

Anderson also reveals that Futel is funded mostly by grants and a lot of volunteers. “Everyone wants to say that the payphone is dead. Yeah, I mean, largely it’s completely winnowed down, but then every once in a while you read about a phone that a community keeps, or a payphone that still gets used a lot for whatever reason. These things still exist. And I’ll tell you that my phones have got a lot of use.”

The company is looking to expand

These new Futel payphones include a menu with options for voicemail, a directory of social services, and the ability to speak to a live operator. For an area or region to host a Futel phone, all they need is a publicly accessible site with an internet connection. Anderson says he’s always looking for new hosts to spread the network’s name.

RELATED: This ’50s Guide To Proper Telephone Etiquette, A Funny Reminder Of A Simpler Time