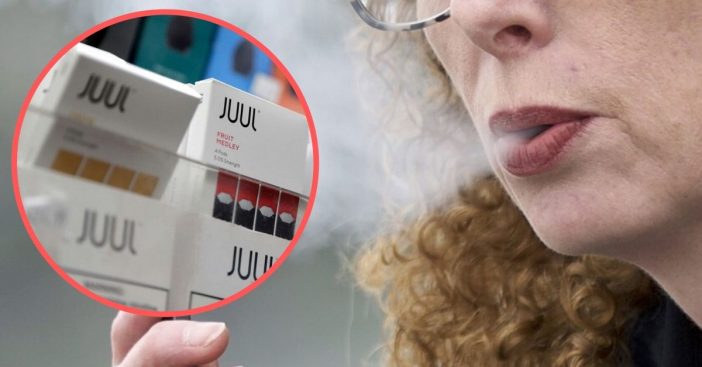 According to reports, thousands of lung injuries related to vaping have been reported this year. As a result of this, President Donald Trump announced that he would be putting a ban on flavored e-cigarettes back in September. However, he is circling back and calling off his plans in an effort to find a better solution. He also is reversing his plans due to possible job losses and voter pushback.

As of November this year, over 2,000 Americans have been affected by lung injuries attributed to vaping. These statistics are in documents from the Centers for Disease Control (CDC). More than half of those dealing with lung injuries are between the ages of 13 and 24. Additionally, 42 deaths are under confirmation in 24 states. More states are currently under investigation.

RELATED: City Will No Longer Hire People Who Smoke Or Vape

In recent months, e-cigarette manufacturers (such as the popular Juul) have been accused of creating/fueling childhood addiction. This is alleged through their flavors of mango and even cinnamon roll. As a result of these reports, Juul stopped selling a ton of these flavors when they were expecting a national ban on them.

Many people are against the ban

While many people have been in favor of the ban, there has been an uprising of people protesting it. A new #IVapeIVote campaign states that a ban would put shops across the country out of business in addition to people without jobs. Vaping advocates also argue that it could force people to go back to cigarette smoking, which is why many people turn onto vaping in the first place.

New York, Michigan, Washington, and Rhode Island are some states that have already passed bans on some flavored vaping products. Other states and cities are also considering doing the same. However, with over 40 million people globally using vapes or e-cigarettes, it may be hard to get rid of for good.

Where are these sicknesses and deaths coming from?

There have been reports circulating that vapes and e-cigarettes were being obtained from the black market. As a result, many people think this is why people have been dying from using vape products. Scott Gottlieb, the former head of the Food and Drug Administration says that “these tragedies point to illegal vapes and THC.”

However, there is still no true answer as to why so many people are getting sick and dying. We’re hoping to come to a beneficial solution soon.