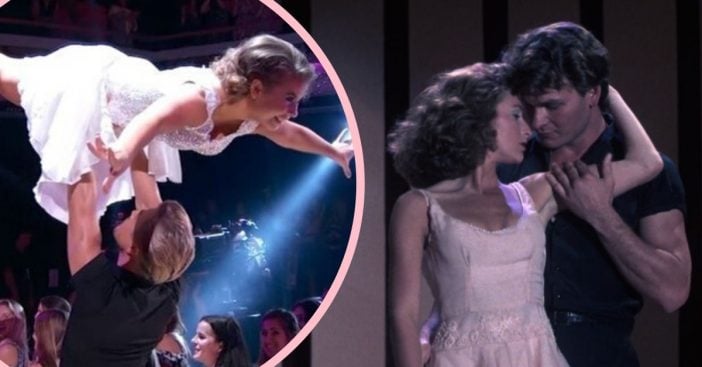 Bindi Irwin is known for being the daughter of the Crocodile Hunter, the late Steve Irwin. However, she would also try her hand at competing on Dancing with the Stars alongside partner Derek Hough. There is one routine in mind that the late Patrick Swayze would be proud of. The routine itself was a true Dirty Dancing tribute.

The crowd lost their minds once the music started playing because everyone knows Dirty Dancing! The film was recently reimagined for television, which left hardcore fans wanting a bone to pick with someone. But, everyone seems to love this routine between Irwin and Hough! They put a lot of effort into learning this routine together, which even involved getting into a lake to practice ‘the lift.’ You all know what I mean!

Once Jennifer Gray, the original Baby, shows up to their rehearsal, the pressure is on for Irwin to nail this lift! In the video, we can see Irwin and Hough fail the lift several times before they actually get it right. However, they practiced and practiced until it was perfect. As for the outfit for the night, Irwin would choose a dress very similar to Baby’s in the movie and even got her hair done in true ’80s fashion.

The audience brings their utmost support for the pair as they completely nail the routine, every step. It would be in 2015’s season of Dancing with the Stars that we would find out how great of a dancer Ms. Bindi Irwin was! Check out the full behind-the-scenes and the performance in the video below (including perfectly nailing that lift)!

Click for next Article
Previous article: Kroger Has Debuted A New Logo And Slogan
Next Post: Dog The Bounty Hunter Thinks About Suicide After Beth’s Death On ‘Dog’s Most Wanted’ Finale