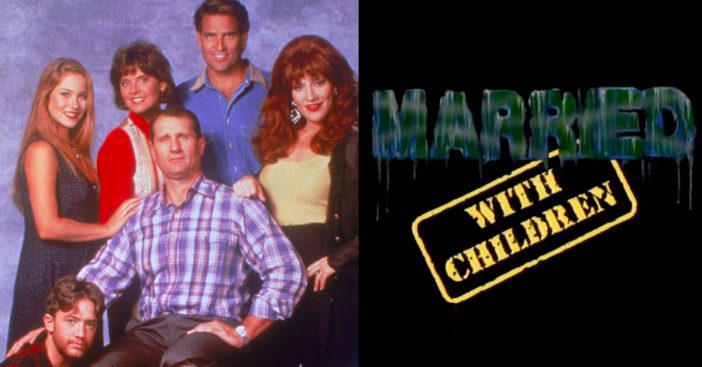 Married… with Children stuck with audiences on multiple levels. As a sitcom, it provided season after season of laughter. Its time on-air made it the longest-lasting live-action sitcom on Fox and was the first to be aired on the network’s primetime spot. Many aspects of the show are quite memorable. To this day, people reflect on the sitcom with fondness in their hearts. Even so, some aspects, including the Married… with Children opening credits don’t always get a lot of attention. But this detail and more are part of what makes the show so iconic.

259 episodes span 11 seasons of Married… with Children. During that time, those working on the show made everything about it memorable. Audiences got to know former football player turned shoe salesman Al Bundy. They met his slacker wife, Peggy, and their pretty, ditzy daughter, Kelly. Even the unsavory yet amusing Bud found his way into people’s hearts – or at least their memories. But the producers designed other elements of the show to not only stay with viewers after each episode but to keep them hooked each time a new one started. That all starts right at the opening credits.

Establishing the environment of a story is crucial for engaging any audience no matter the medium. Doing so provides vital context that helps put viewers right into the shoes of whoever they’re watching. Without this important step, viewers spend more time asking questions than they do processing the content of the show. Because of this, the Married… with Children opening credits puts a lot of valuable – and gorgeous – information out there at once.

No viewers are left wondering what they’re getting into, as the credits clearly provide the show’s logo and the actors involved. Where those actors’ characters inhabit is also made evident in an artistic way. Sweeping establishing shots of Chicago denote the location of the Bundy household. But before diving into that completely, it’s important to appreciate the mannerisms of each character during the credits. As each actor’s name appears, a brief clip of their character plays.

These are very informative, depicting everyone’s defining traits. It may not be their core archetype, but no real person consists of only one trait anyway. But Mrs. Bundy’s posture and tilt of the head as she cooks tell audiences a lot without saying anything. So too does the hapless Al Bundy’s position on the couch, and that of all characters after. For such a brief sequence, it tells a lot.

The characters are not the only highlights of the opening credits. Producers showcased some spots in Chicago, and those come with a lot of history of their own. Perhaps most prominent and impressive is the Buckingham Fountain. Located in Chicago’s Grant Park, this fountain is actually a giant replica of Latona Fountain in Versailles, France. That is a very regal piece to have in any city and show. The name comes from the woman who donated it, Kate Buckingham, as a 1927 tribute to her brother Clarence. Naturally, no matter its size, a water feature can only operate during certain periods. Anyone interested in seeing it can do so from May 1 to October 1. When they do, they will get to see water rising as high as 90 meters, illuminated by lights from 9 to 11 pm.

The opening credits show off a bit more of the area with some aerial downtown shots. Those are actually taken from the Lake Shore Drive section north of the Loop. Clips of the expressway entrance were actually taken right from National Lampoon’s Summer Vacation (1983). Some episodes omit certain clips, particularly after season 4. But No one can forget the whole sequence, including when Bundy gives out money to every family member, even their family dog.