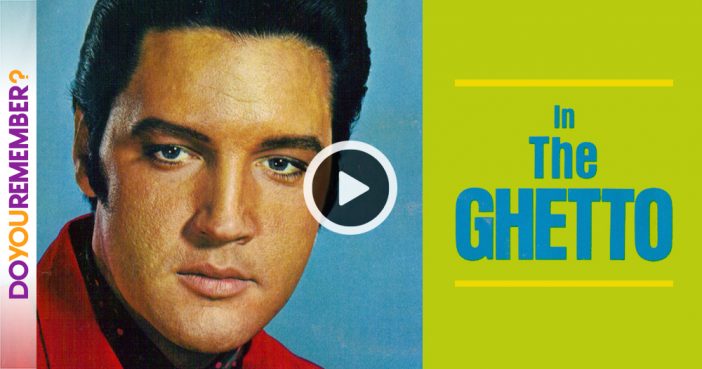 This song is about poverty, describing a child who can’t overcome his surroundings and turns to crime, which leads to his death. It was the first song Elvis recorded with a socially conscious message. He was reluctant to do it for that reason, but knew it would be a hit.

This was written by Mac Davis, who entered the Songwriters Hall Of Fame in 2006. At the ceremony, Davis explained: “It’s a simple matter of growing up with a little boy who’s father worked with my father. He lived in a part of town that was a dirt-street ghetto. I grew up in Lubbock, Texas, and it was a ghetto in every since of the word, but we didn’t use that word back then. I was trying to come up with a song called ‘The Vicious Circle,’ how a child is born, he has no father, and the same thing happens. The word ‘Ghetto’ became popular in the late ’60s to describe the poor parts of town. A friend of mine, Freddy Weller, who used to play guitar for Paul Revere And The Raiders, showed me lick on the guitar one day. I went home and fiddled around with it, I wrote the song and called him up at 4 in the morning and sang it to him. He knew I’d written a hit with his lick, but that’s the way it goes

People, don’t you understand
The child needs a helping hand
Or he’ll grow to be an angry young man some day?
Take a look at you and me
Are we too blind to see
Do we simply turn our heads, and look the other way?

Well, the world turns
And a hungry little boy with a runny nose
Plays in the street as the cold wind blows
In the ghetto (in the ghetto)

Then one night in desperation
A young man breaks away
He buys a gun, steals a car
Tries to run, but he don’t get far
And his mama cries