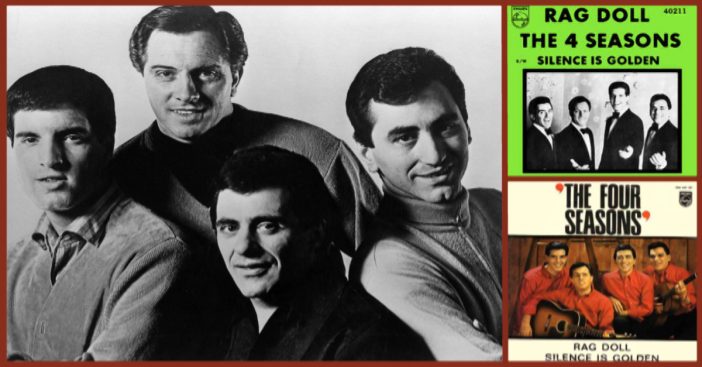 Group member and chief songwriter Bob Gaudio wrote this. He was driving his car to the studio in New York City when he was stopped at a “three-minute light.” A little girl – with ragged clothes and dirty face – ran up to the car and cleaned the windshield. As the light changed, Gaudio rummaged frantically through his pockets in an effort to find a quarter to pay the girl, who did indeed look like a Rag Doll. The smallest piece of money he could find was a five-dollar bill (sometimes Gaudio would say “ten-dollar bill” when he tells this story), so he gave her the currency. She was speechless, but he remembered her stunned look at the studio, where he composed the song.

When Gaudio and their producer, Bob Crewe, finished writing this, they wanted it to be the next Four Seasons single instead of one that was already scheduled for release, but the group was set to begin a tour the next day. Because their regular studio was closed on Sundays, they recorded this in the basement of a Manhattan demo studio, using a production crew with whom they had never worked before.

Unless you were The Beatles, it was very hard to get a #1 hit in the US in 1964. This was a major accomplishment for an American group during the British invasion.

Ooh
Oh, rag doll, ooh
Hand me down
When she was just a kid
Her clothes were hand-me-downs

I’d change her sad rags into glad rags
If I could (if I could)
My folks won’t let me
‘Cause they say that she’s no good
She’s a rag doll, such a rag doll
Though I love her so
I can’t let her know

Previous article: A Toast to Shirley Temple: Drinks Named After Celebs
Next Post: Elvis Presley: “In the Ghetto”