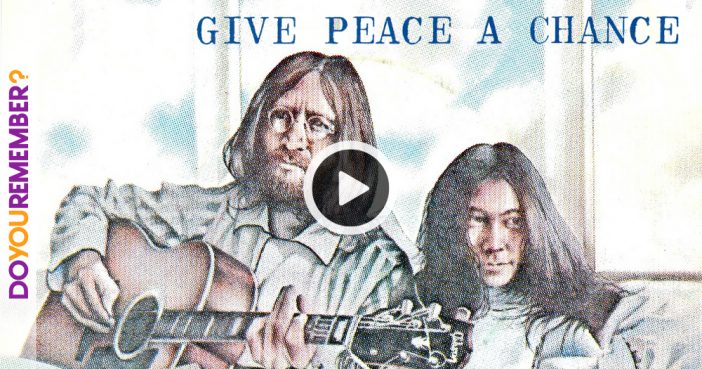 This was recorded May 31, 1969 at a “Bed-In” Lennon staged in room 1472 of Queen Elizabeth’s Hotel in Montreal. John and Yoko stayed in bed for eight days, beginning on May 26, in an effort to promote world peace. They got a great deal of media attention, which is exactly what they wanted to promote their cause.

Some of the people in the hotel room who sang on this were Tommy Smothers, Timothy Leary, Allen Ginsberg, and Petula Clark. Smothers also played guitar on this. Along with his brother, Dick, Smothers had a TV show from 1967-1969 called The Smothers Brothers’ Comedy Hour. The show was canceled after Tommy complained about CBS censoring their political skits.

This was Lennon’s first hit away from The Beatles. It was credited to The Plastic Ono Band, the name Lennon used on many of his recordings.