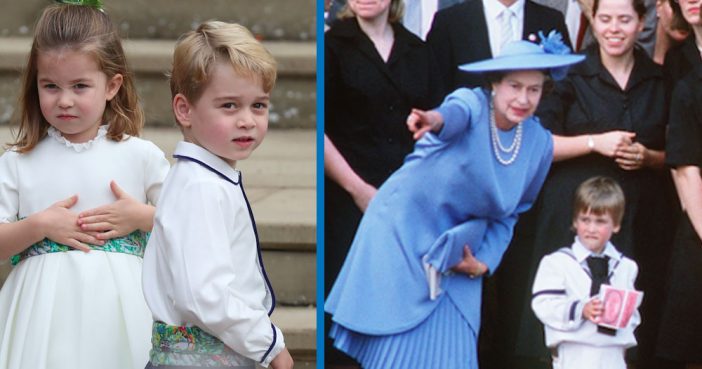 Queen Elizabeth II is seen on strict grandma duties in some new rare footage! The footage takes place at the royal wedding of Sarah Ferguson and Prince Andrew on July 23rd, 1986. The new ‘footage’ actually comes in the form of a looped clip that shows Queen Elizabeth running after a toddler Prince William to stop him from getting too close to a carriage.

The original poster on Twitter accompanies the clip with a caption. They say: “Late post, but it’s been 33 years since the wedding of Prince Andrew and Fergie in 1986. And so here’s Queen Elizabeth running after little Prince William to stop him from getting closer to the carriage. Her Majesty as a grandma is cute.”

Late post, but it's been 33 years since the wedding of Prince Andrew and Fergie in 1986. And so here's Queen Elizabeth running after little Prince William to stop him from getting closer to the carriage. Her Majesty as a grandma is cute 😂 pic.twitter.com/XTWyC9wVOv

Everyone is seen waving off Sarah Ferguson and Prince Andrew in their carriage after they are finally wed. That’s when Queen Elizabeth II can be seen running up to Prince William to hold him back from getting too close. It’s so adorable watching Queen Elizabeth II in grandma duties!

The Queen was wearing a purple outfit with a matching purple hat. She is well-known for her colorful, matching outfits after all! Prince William was sporting an adorable sailor-inspired fit. He also wears that outfit to serve as the pageboy at the wedding that day. At the time, Prince Harry was too young to participate so he stays close to mom, Princess Diana.

Even though Prince Harry was too young to participate at the time, other members of the family were old enough. Included in the bridal party were William’s cousins Zara and Peter Phillips. Additionally, there was also Laura Fellowes, the daughter of Diana’s sister, Jane.

Prince George and Princess Charlotte have proven that they can handle the wedding shenanigans at young ages. Both the siblings serve as pageboy and bridesmaid at the weddings of Meghan Markle and Prince Harry, Princess Eugenie and Jack Brooksbank, and many more. They are planning to be a large part of Prince William’s close friend Thomas van Straubenzee’s wedding, too!

We love looking back at moments from our past and discovering old footage! Too adorable!

Speaking of old footage, some rare clips have been re-resurfacing of original ‘Star Wars’ screen test footage with Mark Hamill and Harrison Ford. Watch it here!