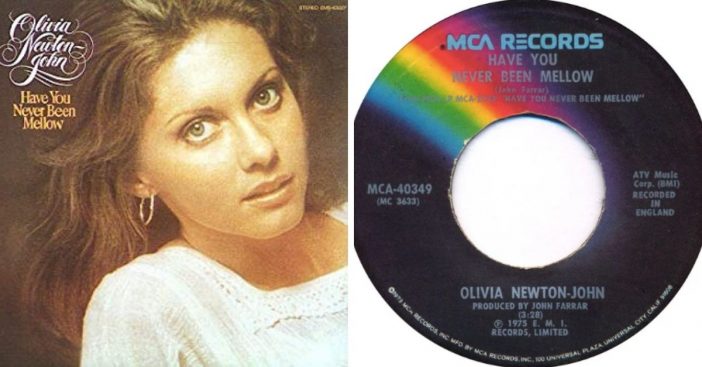 Olivia Newton-John might be best known for her work in Grease, but she did have some other #1 songs that many people don’t talk about! One of those songs is “Have You Never Been Mellow,” which stayed at the No. 1 spot on the Billboard Hot 100 charts for one week in the ’70s.

The song was written by Australian musician and songwriter John Farrar. He also wrote some of Newton-John’s other hit songs like “Hopelessly Devoted To You” and “Magic.” “All the guys in the band were using ‘mellow’ as their favorite word,” he recalls to Billboard. That’s when he got the inspiration for the song.

The inspiration behind the famous song

The song, according to SongFacts, is essentially about a high-strung person in Newton-John’s life and trying to get them not to take everything so hard. The singer earned a Grammy nomination for Best Female Pop Vocal Performance. She lost to Janis Ian for “At Seventeen.”

A writer for Stereogum describes the modern meaning of the song perfectly. “Maybe “Have You Never Been Mellow” is a song about what we would now call self-care or mental health. Maybe it’s about carving out time for yourself, about being present in the moment,” Tom Breihan of Stereogum says in a review.

The entire song’s lyrics screams “slow down and relax,” which is what many of us could use in this day and age.

While the song may have only stayed at the No. 1 spot for a week, it proves to be a classic Newton-John hit that no one talks about anymore. Due to the fact that the singer absolutely killed it in Grease alongside John Travolta, many people tend to focus on those hits.

However, next time you’re feeling stressed and that you’re on the go way too much… sit back and take a listen to this song.

Do you remember this classic Olivia Newton-John tune? Take a look at this video of the singer performing it!

Speaking of music, there was allegedly only one Paul McCartney song that John Lennon admitted he liked. Can you guess which one it is?

Previous article: Disney Will Not Allow Family To Put Spider-Man On Young Son’s Grave
Next Post: This 1962 Volkswagen Type 20 Gets A 2019-Style Upgrade