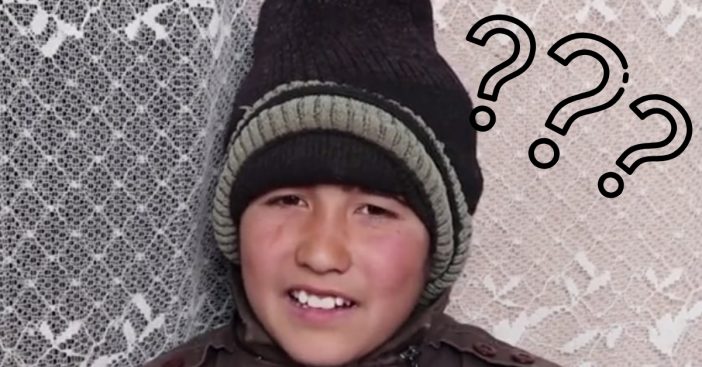 In Afghanistan, there is a tradition called “bacha posh” which is roughly translated to “dressed as a boy.” Since men are so highly prized in Afghanistan’s culture, if a family has all girls, they designate one of the girls to live as a boy to help with chores and daily life as a child and pre-teen.

Families are said to be “incomplete” without a boy and girls are told they are a “burden.” However, for the girls who are chosen to dress like boys, this can be a very complicated time. On one side, they are thought of as a boy and allowed to do more than the girls can. But, they must also help with rough tasks for the sake of the family.

Many bacha posh children must return back to being a girl once they reach puberty and become a teenager. This can also be a difficult transition. One family in Afghanistan talked about this tradition to CNN.

According to CNN, “women cannot earn money to support their families, they cannot live alone — and so many reasons (like this) lead them in this patriarchal society to practice bacha posh.” There isn’t a flipside, you won’t find a boy dressing as a girl to help the family in Afghanistan.

The tradition also comes with a superstition. They believe that when they have a bacha posh child, the next child born will be a boy. If this happens, the bacha posh child will automatically go back to being a girl, even before puberty.

One family had two girls and wanted a son. So, they made one of their daughters dress like a son and gave her a boy’s name to help her father. Her name was Madina, but for the time being, it is Mangal. Mangal prefers to be referred to as a boy. However, Mangal’s family calls her a girl and ‘her’. The whole thing is quite confusing.

Mangal’s father said, “I love all my daughters but I love Madina more as I ask her to do work like ‘go take care of the cattle’ or ‘bring something to a neighbor,’ Otherwise there is no difference between them.”

What do you think about this practice of dressing girls like boys to help the family in Afghanistan? It seems crazy to us in the United States, but normal for those living in Afghanistan.

Check out this heartwarming story about military K9s coming home after working in Afghanistan!

Previous article: Here’s Why You Should Close Your Bedroom Door At Night
Next Post: This Creepy Clown Motel Has Been Named America’s Scariest Motel