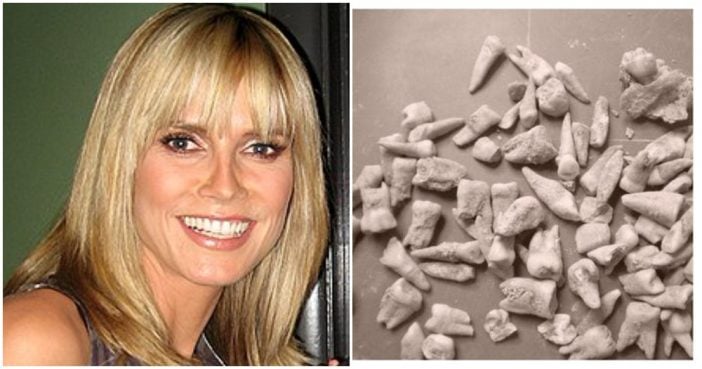 When it comes to superstitions, we all have our own little sets of beliefs we follow because there are things we believe are lucky or unlucky. Whether we avoid ladders or shiver when we accidentally crack a mirror, even the toughest of the tough have a little something that rings true when it comes to the superstitious arts.

Here’s the thing though: some people are a little more sensitive to superstitions than others. They may insist on carrying a lucky charm with them wherever they go or have a ritual they follow in certain circumstances. Heck, they might even inconvenience their, and many other people’s, day just because of their strong belief in some otherworldly stroke of bad juju. It might seem a little intense, but to them, it’s pretty serious stuff. Celebrities are no exception here.

There are actually many celebs that won’t go near the possibility of bad luck with a 30-foot pole, and they’ll take some pretty extreme lengths to keep it at bay. You might even be surprised by what some of these celebs will do to keep the bad vibes far, far away from them. Read on to figure out which celebs are the most superstitious of them all.

You know how there are hooks on some tables at bars and restaurants to hang your purse on? Well, they aren’t there entirely for hygiene purposes, they’re there for superstitious purposes too. Star Jones agrees, as she never allows her purse to go anywhere near the floor ever. As a lawyer, fashion designer, television personality, journalist, and writer, Jones has a bunch of money to lose over a stupid thing like superstition, so she doesn’t risk it.

Jones believes that if you put your purse on the ground it is bad for your finances and that you will not only lose your money in that moment, but you will also struggle with money all of your life. Yikes, that’s a pretty big sacrifice. Better start looking for those hooks, ladies!

I’m just going to out and say it—Heidi Klum carries her baby teeth around with her! It’s gross. Why on earth would you want your old teeth to be your good luck charm? Well, Klum believes that they, in fact, keep her out of harm’s way, especially when she’s on the go or in the air. It just seems a little odd that she has literally been carrying these around for decades with her. Could you imagine catching a glimpse of these in passing?

However, Klum is known for being a little offbeat. She did name her breasts Hanz and Franz and she also keeps hair clippings from her children for art projects, so perhaps we shouldn’t be all that surprised on this one.

Why does anyone need to integrate a white rabbit into their lives? Well, just ask Scottish actor James McAvoy because it’s a must for him. For starters, the Scotts are one of the most superstitious people on the planet, so it’s really no surprise that he has some sort of crazy superstition to live by, and he actually had a mentor that taught him many of the superstitions he still lives with today.

The one that is the most important to him is his white rabbit. On the first day of every month, McAvoy must say “white rabbit” to the first person he sees, which could get a bit awkward, as you can clearly imagine. He claims it brings him good luck. I say he should film it and make a YouTube channel dedicated to it.

There are people that believe that a good luck charm only works if no one knows about it, and Cuba Gooding Jr. is one of those people. Yes, he has either a special routine or object that he has that brings him luck, but he won’t spill the beans about it. He has said on multiple occasions that he owes all of his good luck and fortune to this mysterious charm but he would never reveal what it was—or maybe who it is.

Interviewers have been pretty persistent in trying to get it out of him, but he has never seemed to relent whatsoever. That must mean this actor object must really have a lot of meaning and a strong tie to him, whatever it is.

5. Leighton Meester Has Some Magical Shoes

Leighton Meester’s lucky charm is exactly what you’d expect from a Gossip Girl. She claims it was a pair of shoes that helped her land the part of Blaire Waldorf and that additionally gives her all of her luck. She had just moved to New York from Los Angeles to audition for the part and all of her clothing was packed away. Then she saw them in a store window. A pair of red, leopard-print Marc Jacobs shoes, and the second she tried them on, she just felt the luck surging through her.

From there on out, she wears them whenever she needs a little extra luck. The funny thing about them was she couldn’t afford rent her first month in New York when she bought the shoes, but she got the part. Not sure it’s such a great charm, but who am I to judge?