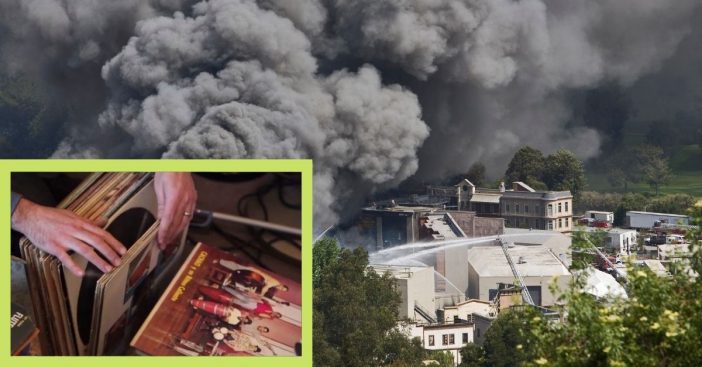 A fire that occurred back in 2008 at Universal Studios did a lot of damage, but now it’s been reported how much damage that actually was. Ultimate Classic Rock says that over 100,000 masters recordings were destroyed in the fire from 2008. This includes recordings from Elton John, the Eagles, the Police, Guns N’ Roses, Nirvana, and Tom Petty.

Internal company documents and interviews were released in 2009 after the fire. One document states that “lost in the fire was, undoubtedly, a huge musical heritage.” No kidding!

The fire at Universal Studios that destroyed the masters recordings

Universal Music Group is the world’s largest recording company and holds decades worth of music. Among the list of labels it has acquired throughout the years, it includes Capitol, Decca, Chess, Interscope, Island, Def Jam, and many more under their wing.

Very little was said about the archives of music after the fire that broke out in the Universal Studios backlot in 2008. Much of the focus in the media was about the famous studio sound stages that were destroyed instead of the video vault holding a long span of history’s music.

However, while no one talks about the fire, Deadline releases a report in 2008 suggesting the fire blazed through these master tapes. In response to that, a Universal spokesperson denies claims that the master tapes were destroyed. It now appears that the spokesperson speaking on behalf of UMG was dead wrong.

Then, in a confidential report from 2009, UMG themselves estimated that about “500k song titles” were lost in the fire. Randy Aronson, UMG’s former director of vault operations even told The New York Times that his previous employer tried to downplay the massive loss in fear of what the public would say.

“The company knew that there would be shock and outrage if people found out the real story,” Aronson says. “They did an outstanding job of keeping it quiet. It’s a secret I’m ashamed to have been a part of.”

Here is a full list of artists and groups that had their master recordings destroyed in the 2008 fire:

Do you remember when that fire started at Universal Studios in 2008?

We cannot believe this much music was lost!

Check out these 7 amazing, award-winning musicians who surprisingly AREN’T in the Rock and Roll Hall of Fame.

Previous article: The 3 Most Reliable Mortgage Lending Companies For Homeowners
Next Post: The 3 Biggest Differences Between Renting And Buying A Home