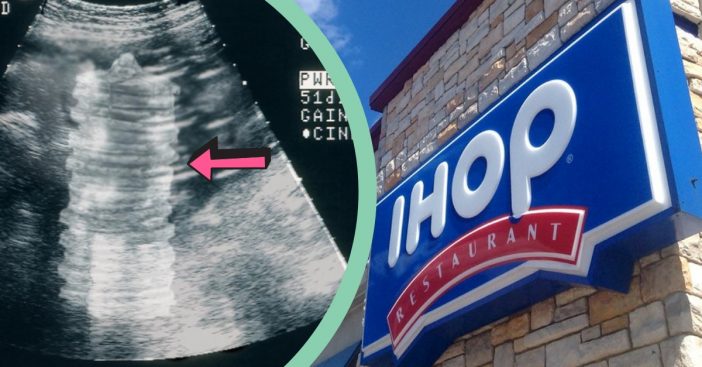 Mothers all over the world weren’t the only ones celebrating their big day. Pancake chain IHOP decided to get in on the action, too, and decided to do so by posting a photo of a sonogram that depicted a pancake-filled womb on Mother’s Day. This didn’t sit well with a lot of people.

In their message, IHOP wrote, “If you have pancakes in your tum tum, does that make you a pancake mum mum? Happy Mother’s Day to ALL the moms out there!” Seemingly harmless, right? Well, with the latest controversial “heartbeat” bill got passed in Georgia, people were taking to it a little sensitively.

If you have pancakes in your tum tum, does that make you a pancake mum mum? Happy Mother’s Day to ALL the moms out there! pic.twitter.com/wauH9sYvDb

Take a look at what some people said online in response to IHOP’s Mother’s Day message.

“I feel comfortable enough in my medical training thus far to confirm that the uterus is NOT in fact connected to the GI tract,” says one Twitter user.

“IHOP really thinks people are just sliding whole stacks of pancakes down their throat and into their uterus,” says another.

And @IHOP weighs into the most controversial space in American politics in the last 50 years.

“And IHOP weighs into the most controversial space in American politics in the last 50 years,” someone else chimes in.

Since the posting of the tweet, it has received 1.4k retweets, 7.4k likes, and over 3,000 responses. The company has yet to address any of the backlash or criticism it has received on its post, although they appear to be responding to any customer complaints having to do with other inquiries.

IHOP made headlines last year for changing its name to IHOb in an attempt to promote its burgers over its widely known pancakes. The change was not permanent and was just a marketing ploy to promote their new line of burgers. While most known for their pancakes, they were aiming to be known for their burgers as well. They tried to attract a wider audience and wanted to have people stop in more often for lunch and dinner, not just breakfast!

Do you remember when IHOP made headlines last year for their name change? What do you think about the headlines for their controversial Mother’s Day post? Be sure to SHARE this article with your thoughts!

Check out the full news coverage on this interesting story below:

Previous article: Can You Solve This Order Of Operations Problem With Only 7s?
Next Post: Son Gives Mom A Life-Saving Organ Transplant Just In Time For Mother’s Day