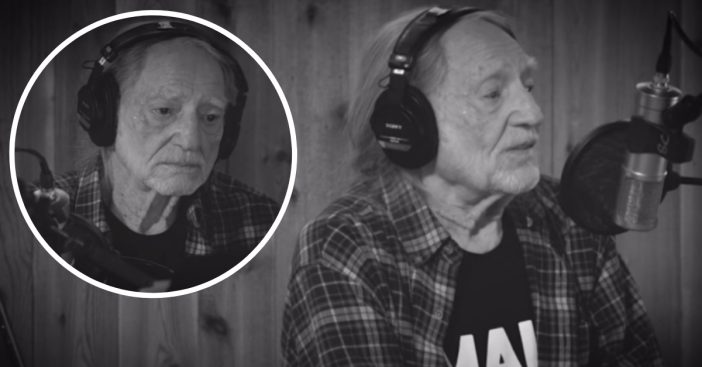 Losing a loved one is something that everyone has experienced throughout their lives and will, unfortunately, continue to. As Willie Nelson gets older, he, too, faces the reality of losing people close to him in his life. His song “Something You Get Through” touches on the sad truth of how it feels to lose someone and try to move on…  “It’s not something you get over, but it’s something you get through.”

The music video for the song featuring longtime band member Mickey Raphael on the harmonica and just a few other instruments included in the recording studio.

Nelson will be releasing his 73rd studio album on April 27th this year. The country music legend rose to fame in the 1960s and has since produced some of the most recognized, memorable, and influential country songs known to the music industry.

Even as he marks another year of life on April 29th at 85 years old, the country singer has no plans of slowing down anytime soon. He will soon be heading out on the road for his Outlaw Music Festival Tour with seventeen tour dates included.

Just take a look at some of the lyrics from the song below. You might find that they resonate with you and the experiences you’ve had in your life:

Be sure to SHARE this article if you love Willie Nelson and all his songs about life experiences.

Check out the full music video below:

Previous article: Military Dad Surprises Daughter As School Mascot After Being In Afghanistan For Ten Months
Next Post: Twelve Incredible Tiny Houseboats You Can Rent Around The World