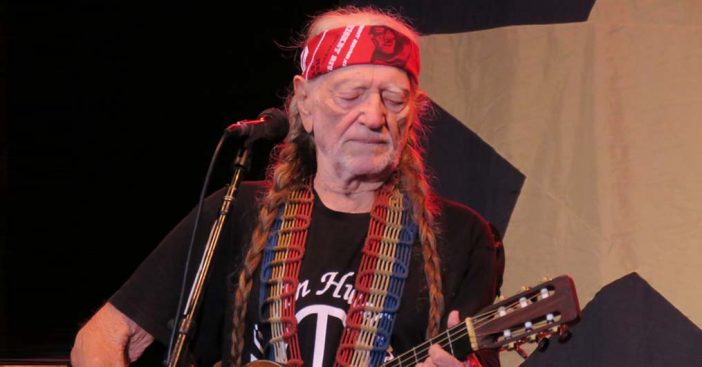 Willie Nelson, who will turn 86 this year, has been involved in his craft for quite some time now. He definitely knows quite a bit about life and what it’s like to grow older, which can be a long-avoided part of the circle of life to many people.

The song “It Gets Easier” has become one of the favorites off his record God’s Problem Child to those who know just what it’s like to get older, and the singer is making those people feel not as alone. Nelson’s songwriting skills paired with producer Buddy Cannon, he’s been able to bring this song to life that we know people at a certain age will definitely relate to on a personal level.

Take a look at some of the moving lyrics from the tune below:

Nelson opened up to Rolling Stone on his song-creating process, which has been established for the last four or five records with his producer.

“We have a system that works. I write a verse and he’ll write a verse and next thing you know we’ve got a song completed. Then we’ll get a melody, and he’ll go in the studio with a band to record it and put his vocal on there. Then when I get a chance, I go in the studio and I’ll record my vocal. Over the years, we put out four or five albums. It’s been really easy to do it that way.”

There’s actually a very intimate, moving video associated with the song. It’s shot in a black-and-white frame with shots of the outdoors, consisting of blades of grass and the sun beaming down over the horizon. A perfect introduction for a segue into the beginning of the song, which pans over to Nelson sitting in a chair, holding his guitar “Trigger”, and singing into the mic for those personal, touching lyrics.

He’s really still got it!

Be sure to SHARE this article if you related to this Willie Nelson tune!

Check out the music video for “It Gets Easier” below: