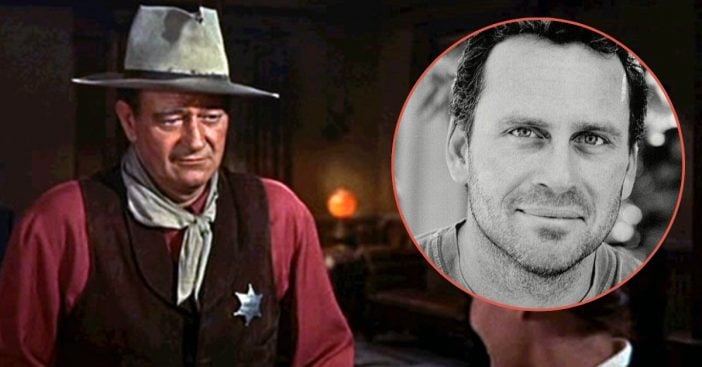 John Wayne, best-known for being at the top of the box office draws (especially in Westerns) spanning for three whole decades, has found himself in some controversy even after his death. With the newest Michael Jackson documentary out and in full swing, it’s no surprise that old scandals are being dug it about other well-known celebrities.

A Playboy interview from 1971 resurfaced that apparently has the state of California in turmoil (since the John Wayne Airport, named after him, is located in Orange County, CA). Keep reading to see the shocking comments that Wayne apparently made in the interview!

In the interview, Wayne was expressing his support for the Vietnam War, and some of his comments made headlines for his opinions on social issues and race relations in the U.S. at that time.

“I believe in white supremacy until the blacks are educated to a point of responsibility,” he said in the interview, “We can’t all of the sudden get down on our knees and turn everything over to the leadership of the blacks.”

Wayne was the star of many Western films and was also asked about Native Americans since many of them were portrayed in his films as stereotypes or villains.

He responded, “I don’t feel we did wrong in taking this great country away from them, if that’s what you’re asking. Our so-called stealing of this country from them was just a matter of survival.” He said that Europeans needed new land and Native Americans were “selfishly trying to keep it for themselves.”

Apparently, no one was really shocked to learn that Wayne had ‘controversial’ views, but they were more shocked that he would be so open about it with such language, which is why a ‘scandal’ has emerged from it.

His son, Ethan, defends his father’s legacy and finds it unfair to have his legacy stripped from the airport under his name, but does not defend his late father’s comments. “It would be an injustice to judge someone based on an interview that’s being used out of context,” Ethan told CNN, “They’re trying to contradict how he lived his life, and how he lived his life was who he was.”

The scandal erupted when a writer for the LA Times, Michael Hiltzik, distributed an op-ed reviving this old interview with Wayne and questioning if he should still have an airport named after him after the comments he made decades ago.

What do you think about this ‘scandal’? Be sure to SHARE this article with your thoughts!

RELATED: The 20 Best Classic TV Western Series From The 50s And 60s

Check out another ‘lost’ interview from 1974 with John Wayne where he discusses his political views:

Previous article: Check Out This Genius Amazon Product To Help Your Child Hold A Pencil Correctly
Next Post: Plane Is Forced To Turn Around After Mom Leaves Her Baby Behind At Airport