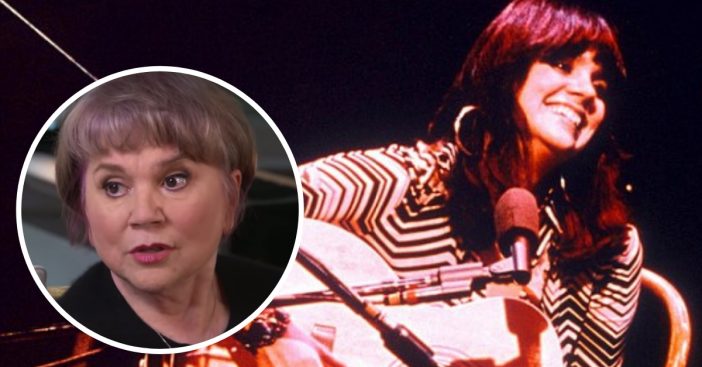 Parkinson’s disease has affected the lives of many, approximately 60,000 Americans diagnosed each year to be exact. Singer Linda Ronstadt is no different when it comes to her own battle with the disease, as she was diagnosed with it in 2013. She had been dealing with issues with her voice since 2000.

In an interview, Linda was honest about the severity of the disease, saying that she can’t even sing in the shower anymore. She also explained that she stopped performing because her singing turned to yelling and she didn’t think that was enjoyable for people to sit through, which is devastating to hear for a singer who gave life to amazing hits such as “You’re No Good” and “Heat Wave.”

“I’d start to sing and then it would just clamp up. It was, like, a cramp,” Linda said on CBS Sunday Morning. “My voice would freeze. And I said, ‘There’s something wrong with my voice.’ And people would say, ‘Oh, you’re just a perfectionist.’ I go, ‘No, there’s really something systemically wrong.’ And it’s very slow-moving, this disease, so it took a long time to really finally manifest.”

Linda finally retired from performing with one final show in 2009.

Eventually, Linda would go on to feel as though she was ‘barking’ or ‘yelling’ instead of singing.  “I was just yelling. Instead of singing, I was just kind of yelling. I didn’t want to charge people for that … I could hear it. It wasn’t any fun anymore. You know, singing is … there are really a lot of things you can do with your voice; you can slide on all different sorts of textures and things. And if you’re not doing that, it’s not interesting.”

The singer says she still sings in her brain, but it’s not the same. She says that she physically cannot sing anymore because no sound comes out due to the illness, but that hasn’t stopped her from trying to live a normal life.

While Linda makes the most of her days as much as she can, she hopes for a cure in Parkinson’s disease. “They’ve talked over the years about various treatments that could make singing come back. I’m sure they’ll find something eventually, you know? They’re learning so much more about it every day,” she says.

According to the singer, she can’t spend much time on her feet or even sitting up for that matter, so most of her days consist of lounging around. She says she doesn’t mind that at all though! “I have a huge stack of books that I need to read,” she jokes.

Be sure to SHARE this article if you love Linda Rondstat!
Check out the full interview with Linda from CBS Sunday Morning below:
Previous article: The New 2019 Gerber Baby Kairi Just Made History
Next Post: There Are Talks About A New ‘Sandlot’ Television Series