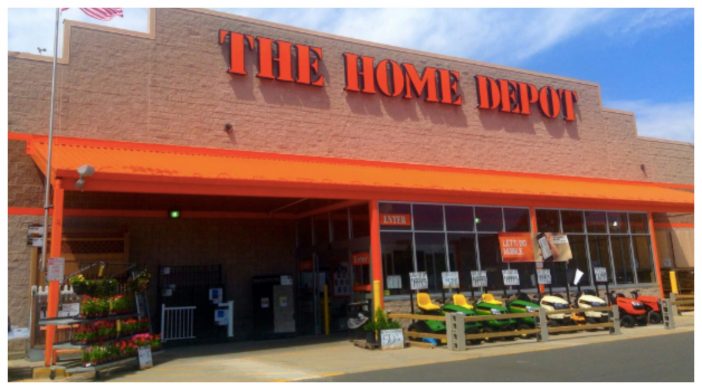 Your favorite home goods store just reported some pretty big news. Apparently, Home Depot’s second-quarter profit jumped a whole 31%, making this the highest quarterly sales and net earnings in company history. Why is this such big news? Because most big retailers and other stores are failing in sales and going out of business due to the big online retailers like Amazon.

The specific departments that performed the best include Pro, DIY, and garden. The overall Q2 sales were up $30.5 billion, which is 8.4% from last year. Additionally, the stock price went from $68 in 2012, to now $194 in 2018, a huge improvement. The home goods store shares its official standings on their own website.

Back in March 2018, CNBC reported that U.S. retail sales were declining for the third month in a row this year. Even prior to that in January of this year, Fox Business reported a list of retailers who would be closing certain locations around the country due to a major decline in sales. One of those retailers included Toys R Us, which announced a full company close a few months ago. Many of the other stores included in this location-specific close include CVS, Sears/Kmart, and J.C. Penney.

In addition to this newly found drop for in-store retail sales, it’s obvious that there would be a rise in online retailers. Digital Commerce 360 reported that e-commerce sales grew 16.0% in just 2017 alone. Shopify has reported that now, in 2018, Amazon commands 37% of the e-commerce retail world. Despite e-commerce only dominating 11.9% of retail, it continues to grow year by year and has not shown any failures or declines yet.

Home Depot has reported that upon receiving their growth in sales news, they expect to continue economic growth per their beliefs in a ‘healthy home improvement environment’. Due to rising home prices and stronger housing formation, it’s no wonder that Home Depot is doing remarkably well in sales. Most families when considering a new house prefer seeing things hands-on and will pay top dollar for A+ appliances and other housing items. It might actually be plausible at this point for Home Depot sales to continue rising.

Be sure to SHARE this article if you were surprised by this Home Depot sales report!

Previous article: America’s Oldest Living Man Turned 112 And He’s Still Smoking Cigars and Drinking Whiskey
Next Post: 7 Of The Most Expensive And Luxurious Items You Can Buy At Costco