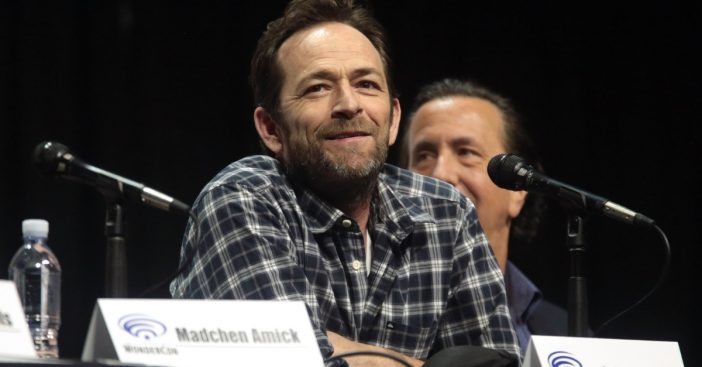 As of 12:07 PM PT, it was reported that Luke has been sedated at the hospital as his condition greatly deteriorated.

Paramedics responded to Luke’s home around 9:40 this morning. When they arrived, he was talking and responsive, however, his condition greatly deteriorated and he was then rushed to the hospital, according to TMZ. Coincidentally, Luke’s stroke comes on the same day that it was reported there would be a revival of Beverly Hills, 90210.

As of 12 PST (3 PM EST), TMZ reported on Perry’s condition, they said, “Sources connected to Luke tell TMZ doctors have placed him in a medically induced coma. The stroke, we’re told, was “massive.” When paramedics arrived at his home he was responsive and talking but his condition deteriorated and he was rushed to the hospital.” TMZ also reported that Luke Perry’s rep denied these claims (which were obtained by TMZ from a family member of Perry). Perry’s rep said he is just “sedated” at this time, though no official confirmation has been released from the hospital.

While there is a 90210 revival in the works with “most of the original cast,” there are still some cast members that likely won’t be returning, and we think Luke might be one of them due to his commitment to Riverdale.

Please SHARE this article with well wishes for Luke at this time. We are praying for a speedy recovery!

Check out some of Luke’s scenes with the original 90210 in Season 5: