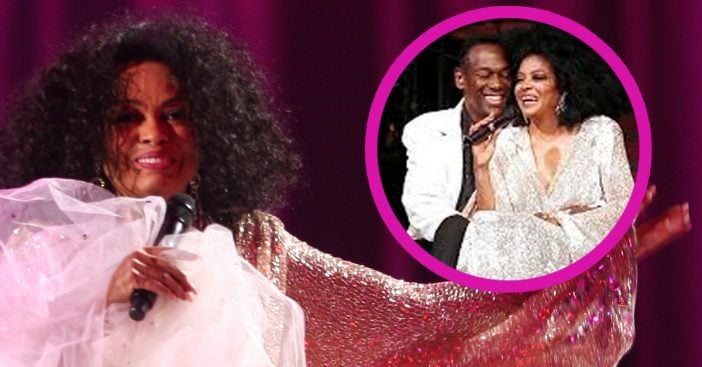 Diana Ross is turning 75 years old on March 26th and the R&B icon has already announced her plans of celebration. Not only has the songstress delivered a stellar performance at The Grammys a few weeks ago, but she will be continuing her performances on the road with a 2019 tour of the United States.

The tour begins today with a three-night residency at Wynn Las Vegas, followed by some stops to the central and eastern portions of the United States. This includes New York, Louisiana, and Oklahoma dates as well. In total, she only has 8 tour dates planned, so if you’re lucky enough to see her, you should get your tickets ASAP!

Take a look at the full 2019 tour dates below. Tickets (not including the Las Vegas residency) go on sale on Friday, February 22nd:

Diana Ross was one of the most powerful voices back when she was the lead vocalist of the all-female group The Supremes in the 1960s. The Supremes became Motown’s most successful act of that time period and remain the best-charting girl group in history. Some of their best singles, which also made it to the Billboard Hot 100 include,  “Where Did Our Love Go”, “Baby Love”, “Come See About Me”, “Stop! In the Name of Love”, “You Can’t Hurry Love”, “You Keep Me Hangin’ On”, “Love Child”, and “Someday We’ll Be Together”.

Ross did not begin her solo work until she left The Supremes in the 1970s, releasing her debut solo album simply called Diana Ross. That’s when the song “Reach Out and Touch (Somebody’s Hand)” became a Top 20 Pop hit and her song “Ain’t No Mountain High Enough” became a number-one Pop hit.

Among the accolades Diana Ross has received include 6 American Music Awards, a Lifetime Achievement Award from The Grammys in 2012, a Golden Globe Award, and many more to name. It’s safe to say that Ross has become one of Motown’s biggest successes and is not stopping anytime soon!

Be sure to SHARE this article if you’re excited about Diana Ross’s new tour!

Check out the video below of Diana Ross’s performance from The Grammys this year:

Previous article: The Sad Reason Joan Crawford Chose To Hide Away From Hollywood
Next Post: There Was A Rumor That Shirley Temple Wasn’t A Child Actor, But Was Actually A Dwarf