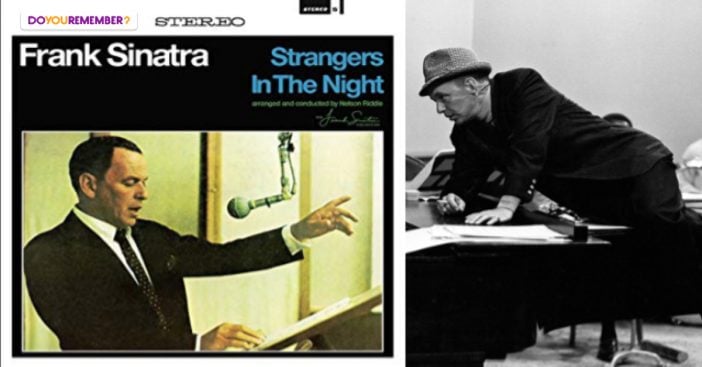 “Strangers in the Night” is a popular song credited to Bert Kaempfert with English lyrics by Charles Singleton and Eddie Snyder. Kaempfert originally used it under the title “Beddy Bye” as part of the instrumental score for the movie A Man Could Get Killed. The song was made famous in 1966 by Frank Sinatra, although it was initially given to Melina Mercouri, who thought that a man’s vocals would suit more to the melody and therefore declined to sing it.

Reaching number one on both the Billboard Hot 100 chart and the Easy Listening chart it was the title song for Sinatra’s 1966 album Strangers in the Night, which became his most commercially successful album. The song also reached number one on the UK Singles Chart.

“Strangers in the Night”

Love was just a glance away, a warm embracing dance away
Ever since that night
We’ve been together
Lovers at first sight
In love forever
It turned out so right
For strangers in the night

RELATED: Frank Sinatra’s Gold-Seated Toilets Are Now Up For Auction