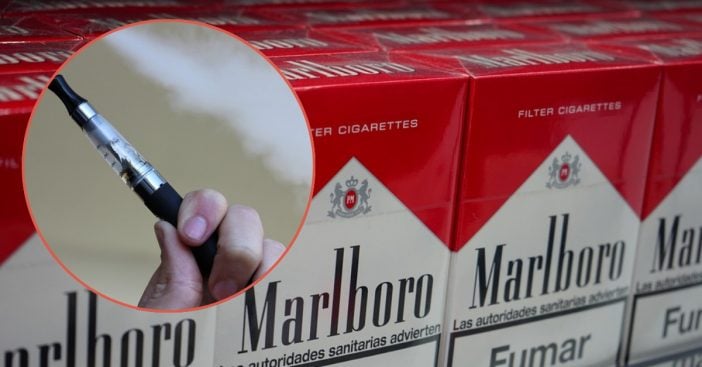 Yes, it’s official. The most popular brand of cigarettes will now stop producing them. Marlboro Cigarettes is owned by the world’s biggest cigarette company, Philip Morris International, who have officially announced that they will be moving toward smokeless alternatives such as e-cigarettes and other safer tobacco products.

In addition to this information, in December 2018 it was reported that Philip Morris had invested in a cannabis company as well. With this being said, it’s clear that ‘smokeless alternatives’ is not the only direction this company is headed for.

With all this being said, the company’s main focus right now is IQOS, which is a device that heats tobacco instead of burning it. According to reports, this device has the potential to “reduce the number of noxious chemicals” by up to 95%.

“At the end of the day, the ambition we have is to replace cigarettes as soon as possible, with better alternatives for the people who continue smoking,” says CEO of Phillip Morris International, Andre Calantzopulous.

According to Rare news, less than 15% of the population smokes cigarettes, compared to 21% about a decade ago. With this in mind, it’s evident why Marlboro would want to move away from cigarettes altogether and transition into healthier smokeless alternatives. Some of the alternatives despite the device mentioned above include vaping, nicotine gum, and more.

According to USA Today, the World Health Organization claims an issue with the promotion of some tobacco products over others with the theory that some are ‘better’ for your health than others.

“The tobacco industry and its front groups have misled the public about the risks associated with other tobacco products,” says the World Health Organization, “Such misleading conduct continues today with companies, including PMI, marketing tobacco products in ways that misleadingly suggest that some tobacco products are less harmful than others.”

With this being said, it’s evident that Marlboro/Philip Morris is moving in the right direction. They said, “We can achieve a significant public-health benefit only when a large number of these smokers switch from cigarettes to better products.”

Furthermore, Reuters has confirmed that it seems like most of the United States population is keen on making the move to better alternatives when it comes to smoking. As of August 2018, almost one in 20 U.S. adults now use e-cigarettes, used for combatting previous smoking habits or otherwise.

Be sure to SHARE this article to spread the news about the drop in tobacco products from Marlboro.