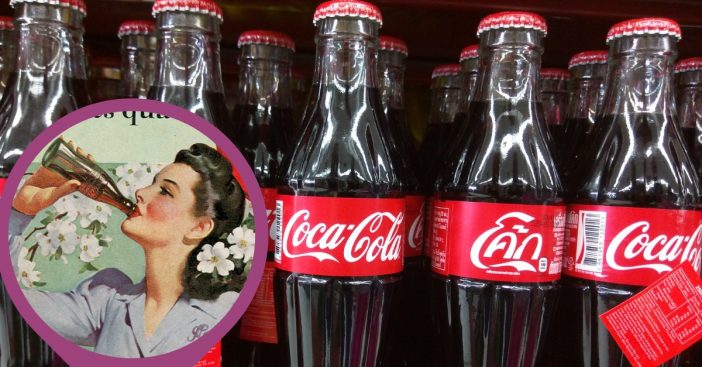 Sometimes there’s really nothing better than cracking open a nice can (or bottle) of Coca-Cola on a hot summer day to get the party started. Even if you’re not totally picky with how you prefer to drink your soda, it’s been proven that soda really does taste better in a glass bottle.

The Coca-Cola company has stated that there’s no formula change whether you drink it from a can or a glass bottle, it turns out that the packaging might have something to do with it. Food chemist Sara Risch is the founder of food and packaging consultancy Science by Design and has enlightened everyone with how this works. Read on below!

According to food chemist Sara Risch, the plastic, aluminum, or glass packaging can impact the flavor when the liquid reacts with the polymers in the packaging, she tells Popular Science.

Risch also states that most companies do everything they can to prevent interactions like this, but they definitely still occur. Despite this, there’s no reason to worry! The FDA has regulated this kind of chemical interaction. All it does is slightly later the flavor.

Let’s hear a little Science about why Coca-Cola tastes better from the glass bottles!

To further explain how this interaction occurs, Popular Science has explained it more thoroughly.

“For example, the polymer that lines aluminum cans might absorb small amounts of soluble flavor from the soda. Conversely, acetaldehyde in plastic bottles might migrate into the soda,” Popular Science says, “Your best bet for getting Coke’s pure, unaltered taste is to drink it from a glass bottle, the most inert material it’s served in.

Well, there you have it! Glass bottle soda reigns supreme. The Coca-Cola company has been around since 1886 and began tampering with the bottle packaging in 1894, so it has definitely gone through some changes to keep the bottle (and formula) evolving and thriving. The photo below features a prototype of the ‘contour’ glass bottle by Earl R. Dean in 1915.

Do you drink soda out of a glass bottle or can or plastic bottle? Be sure to SHARE this article with your friends and family and share your thoughts!

RELATED: Soda, Pop, Or Coke? Survey Says It’s Based On Where You Grew-Up

Check out the video below of a glass bottle taste test. The two men try drinking coke out of various things like cups, cans, and bottles to determine which one tastes the best!

Previous article: Color TVs Became All The Rage In The ’60s – But They Were Radioactive
Next Post: The True Story Behind ‘Steel Magnolias’ That Will Break Your Heart