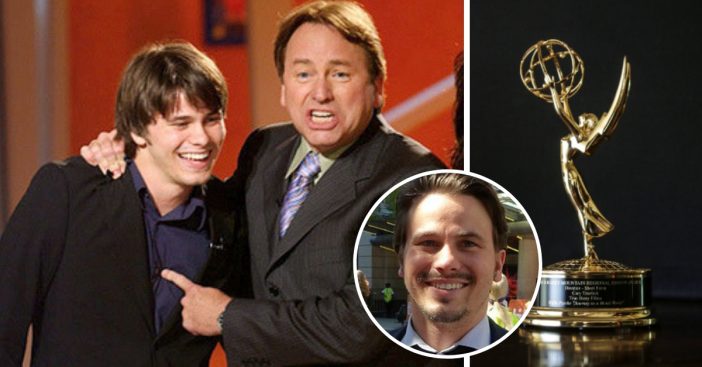 We all remember the late John Ritter, who was best known for his role on ABC sitcom Three’s Company, including starring in many other films such as It (1990), Bad Santa (2003), and the TV series 8 Simple Rules. It’s also been quite a few decades since Ritter won a Primetime Emmy Award for his role in Three’s Company. What’s even better is what his son, Jason, remembers after his father won that award.

Jason Ritter, who is now 38 years old and following in the footsteps of his late father, remembers breaking his father’s Emmy Award when he was a kid. It really all came out of pure curiosity, according to his interview with PEOPLE.

“My dad’s Emmy was on the shelf, and I remember sort of playing with it. I’m not 100 percent sure if I broke it, or what, but it definitely was broken at a certain point,” he recalls, “I definitely have guilty feelings and memories about it, so I think I did break it a little bit. Just the tip of the wing.”

According to the interview, he remembers staring at the trophy, “looking at the balls inside of the big globe and the wings and just sort of being [like], ‘What is this?’

Jason also stated in the interview that he can’t remember if his father got the trophy fixed or not. Jason was only 4 years old at the time, so it’s likely John wasn’t too mad about it.

Jason knows that he’ll never forget that moment for as long as he lives.

According to Jason’s IMDb, he has been a two-time Emmy Award nominee for his work in Tales of Titans (2017) and Parenthood (2010). He has also been a nominee for many other awards such as the Cinescape Genre Face of the Future Award, an OFTA Television Award, and a Teen Choice Award.

Jason apparently told PEOPLE in an interview that finding out about his first Emmy nomination was “sort of crazy.” He also added that “It’s nice to do these things and they’re so much fun, and then to have them actually get out and be recognized is really exciting and nice.”

Jason’s father passed away suddenly in 2003 due to aortic dissection. He was 54 years old and will always be remembered for the countless television shows and films he starred in during his time.

Please SHARE this article with your friends and family if you remember watching John Ritter.

Check out a compilation video of some of the funniest moments from Three’s Company below: