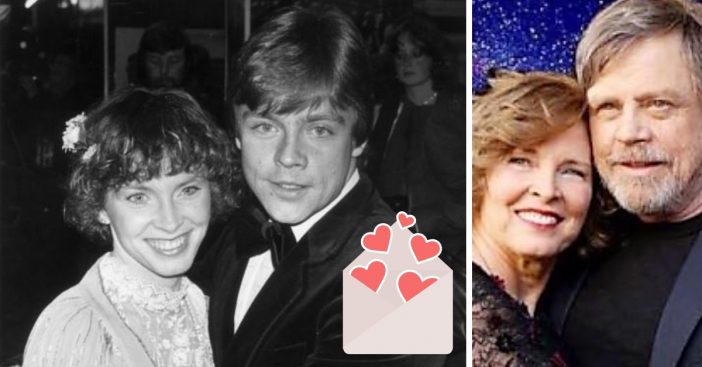 Mark Hamill recently shared on social media that he and his wife, Marilou have been married for 40 years. In an anniversary post, he shared a collage that showcases several photos of the couple. It looks like there is one photo per decade that they have been together.

There is a recent photo of the amazing couple, one of them when they first got together (Hamill looks like he did in the first Star Wars film), one photo from probably ten years ago, and one of the couple with all three of their children when they were young. Mark and Marilou have three kids, Nathan, Griffin, and Chelsea Elizabeth. The children are now all in their thirties, and Mark and Marilou have one grandchild from Nathan.

The Hamills got married in December 1978 at their Malibu home at the time. Before they got married, Marilou was a dental hygienist. According to old interviews, their first date was to see Annie Hall at the movie theater. Mark said he would only date women with a sense of humor, so, funny movies were a great way to test that.

They Weren’t Always Together And In Love

After they met and as Mark got more famous after Star Wars, they broke up for a while. Mark wanted to be single and was very into his new fame. He wanted to date other girls, but eventually, he said he got bored with it and craved a wife and family. That’s when he reconnected with Marilou.

Marilou said during their time apart, she always hoped they would find their way back to each other. She also said she thought she would be good for him. They now attribute their strong marriage to how private they keep their life. They don’t go out and party and they don’t live in Hollywood.

What do you think about Mark and Marilou’s relationship? If you enjoyed this article, please SHARE it to wish them a happy 40th anniversary! What a great milestone! We are so happy for them.