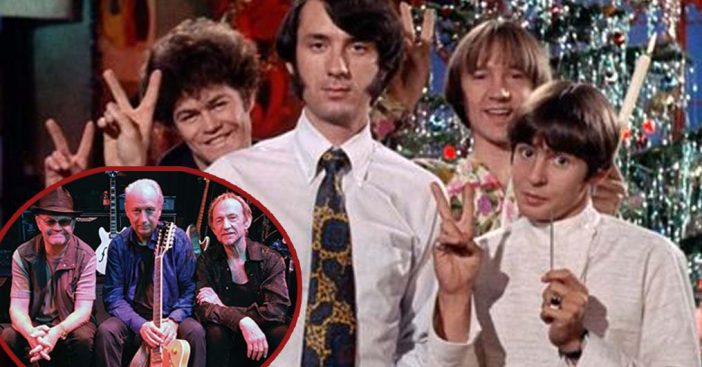 Micky Dolenz, the singer of The Monkees, has opened about the band’s newest Christmas album and it sounds pretty exciting. Up to this point, The Monkees hadn’t tackled a Christmas album to that point, which is surprising considering they’ve been around since 1966, and Dolenz is excited to get the project out there.

“It all came together so fast,” he says, “You have no idea.” The album is called Christmas Party and it was released October 12th of this year. It features covers of classics like Paul McCartney’s “Wonderful Christmastime” and “Silver Bells”. Other tunes include Rivers Cuomo’s “What Would Santa Do” and Andy Partridge’s “Unwrap You at Christmas”.

Other well-known Christmas classics include “Mele Kalikimaka”, “The Christmas Song”, and “Angels We Have Heard On High”. Speaking of that song, Peter Tork actually compiled a banjo version of the tune, and that’s the only contribution that he made to the album. Tork was not part of the last Monkees tour and has been laying low for the most part.

Dolenz spoke about this fact, saying, “I love the fact that he put banjo on a Christmas song… He’s had his health issues and we’re sending him good wishes.”

Dolenz has revealed that while they are very excited about the newest Christmas-themed project, the band has no plans to promote the album with any live shows. However, Dolenz and Nesmith are planning to tour in March for four dates they had to postpone due to Nesmith undergoing quadruple bypass surgery. So, anything’s possible!

With this tour in sight, there’s a high possibility that they will be adding more dates to already-established four dates.

Dolenz has also stated that he’s pleasantly surprised that The Monkees are still making music and that their audience is still around and enjoying it!

Check out the full track list of their album Christmas Party below:

Please SHARE this article if you’re excited to play The Monkees’ newest Christmas album this year!