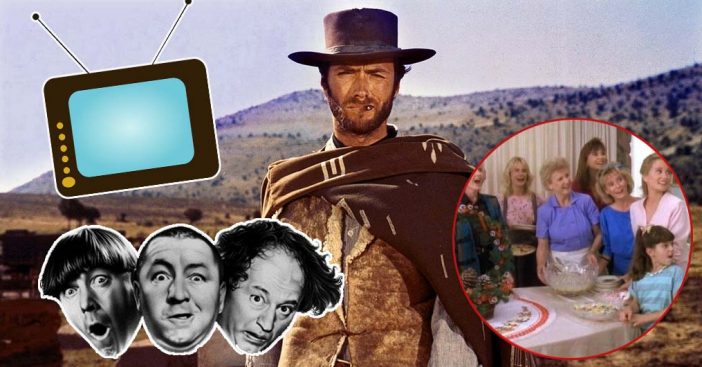 If you have ever been stumped on what to watch on your weekends off, thankfully there are tons of streaming services in addition to the cable networks you already have. With the onset of popular Christmas films, you might be wanting to mix it up a bit. We understand!

We’ve started a weekly segment where we report the most popular movies to watch right now and where you can watch them. These movies include both cable network and streaming services; the best of both worlds. There’s no doubt you’ll recognize a lot of these movies and famous names!

Bonnie and Clyde, starring Warren Beatty and Faye Dunaway, is based on the true adventures of real-life Bonnie Parker and Clyde Barrow. They began robbing banks in the U.S. in the 1930s until they were eventually murdered.

You’ve heard of The Three Stooges. Now, you can watch the hilarious The Three Stooges in Orbit special, starring Moe Howard, Larry Fine, and Joe DeRita (as Curly). The fate of the planet is in the Stooges’ hands. How will they be able to save their planet? Slapstick humor, of course.

Meet Me in St. Louis, starring Judy Garland, is a timeless romantic comedy that focuses on the adventures of four sisters, learning about life and love. There are some song and dance in there, too, for music lovers!

A Very Brady Christmas, starring the entire Brady family, focuses on Mike and Carol Brady, who are looking forward to spending Christmas with their children, however, it seems that everyone has a personal issue of some sort. When their father is trapped in a collapsed building, the family comes together to try to have a happy Christmas.

Page Page 1 of 2
Previous article: ‘It’s A Wonderful Life’ Is Getting A High-Def Restoration In Time For Christmas
Next Post: The Original Gerber Baby, Ann Turner Cook, Just Turned 92 This Month