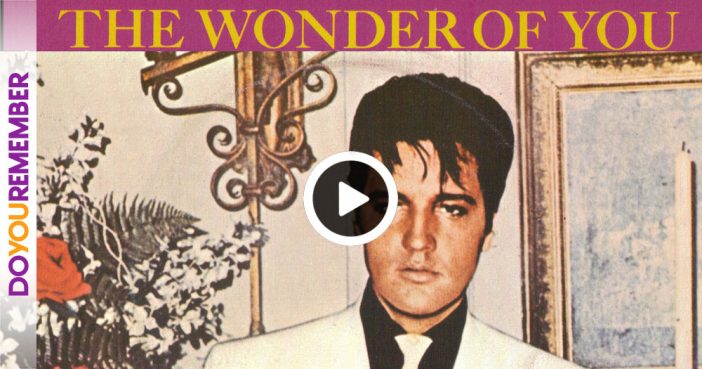 Elvis Presley recorded a live version of “The Wonder of You” in Las Vegas, Nevada in February 1970. The song was released as a single on April 20, 1970, backed by the song “Mama Liked the Roses”. In the United States, both songs charted at #9 together in the spring of 1970. “The Wonder of You” was one of his most successful records in the UK ever, topping the UK Singles Chart for six weeks in the summer of that year. It also stayed at number one in the Irish Charts for three weeks that same year. This was the 59th Top 40 hit of his career. Presley’s version also reached number 37 on the US Country Singles chart, and number one on the easy listening chart.

“The Wonder of You” was one of about thirty five songs Elvis would regularly perform at concerts. “The Wonder of You” is a song written by Baker Knight. In 1959, Ray Peterson released it as a single. The song became a Top 40 hit for him on the Billboard Hot 100, peaking at #25, and also reached #23 in the UK. That same year it was recorded by Ronnie Hilton, his version was also a hit reaching #22 on the UK Singles Chart. The Ray Peterson record briefly re-entered the Hot 100 in 1964

According to Peterson, “He [Elvis] asked me if I would mind if he recorded ‘The Wonder of You.’ I said, ‘You don’t have to ask permission; you’re Elvis Presley.’ He said, ‘Yes, I do. You’re Ray Peterson.”

“The Wonder of You”

And you’re always there to lend a hand
In everything I do, that’s the wonder
The wonder of you

Your love for me is everything

I’ll guess I’ll never know the reason why
You love me like you do, that’s the wonder
The wonder of you

I’ll guess I’ll never know the reason why
You love me as you do, that’s the wonder
The wonder of you

I love this video clip of Elvis from G.I. Blues