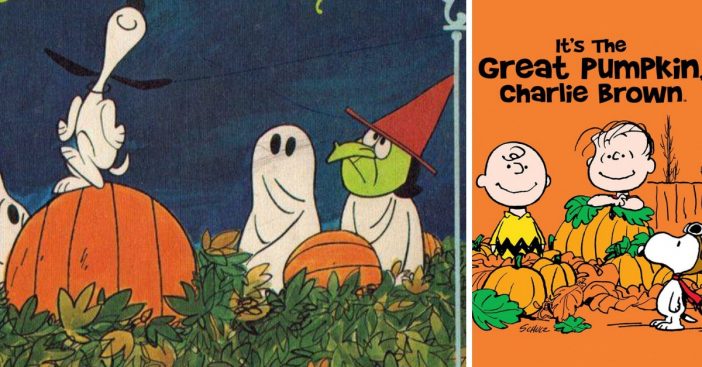 If you really love Charlie Brown, you can watch You’re Not Elected, Charlie Brown, after the October 26th airing. It’s The Great Pumpkin, Charlie Brown celebrated its 50th anniversary two years ago, can you believe it? Here are some fun facts about the film!

1. One classic scene was originally just a comic strip

You know when Lucy pulls the classic prank on Charlie by taking away the football right before he is about to kick it? This is the first Charlie Brown animated episode to feature it as an animation instead of just a comic strip.

Since Charlie Brown kept getting rocks for Halloween, sweet children from all over the country mailed him candy to the studio. How sweet is that?

3. Did you catch this detail about Lucy?

After Linus writes a letter to the Great Pumpkin, they show him walking by Lucy. She is reading a copy of TV Guide that has her photo on the cover.

4. How Snoopy walks changes halfway through the episode

At first, he walks on all fours, but then he switches to walking more like a human. The creators thought it would be more cartoony.

Kathy Steinberg who was the young actress who voiced Sally had a loose tooth halfway through filming. They thought it might change her voice, so they rushed to finish her scenes before it fell out.

For example, the word “restitution” was hard for some of the young actors to say. In one scene, Sally yells “I demand restitution!”. They had to teach her to say it like “res-ti-tu-tion”. I guess things like that can be an issue when working with young kids for voice work!

Do you love this Charlie Brown episode? Do you watch it every year with your family before Halloween? Who is your favorite character in the comic strip?

If you enjoyed these fun facts, please SHARE with all of your friends who love Charlie Brown, Snoopy and all of their friends!

You can watch the introduction for It’s The Great Pumpkin, Charlie Brown in the clip below: