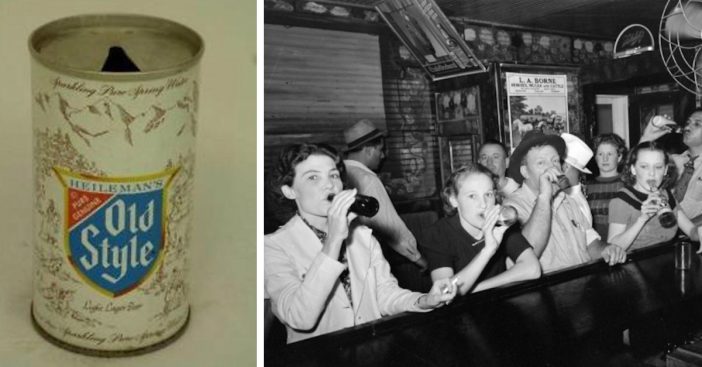 Beer has a history that spans over the course of 5,000 years, and we have women to thank for it. For years many have seen beer as a ‘man’s drink’ when actually women were the first ones to begin brewing beer.

The first-ever beer recipe is actually thought to be linked to the Hymn to Ninkasi. Ninkasi, who was alive during 1800 B.C., was the Sumerian goddess of beer. The Sumerians were the first peoples who supplied hard evidence of beer-drinking, but it may possibly date back even further than that!

According to studies, the very first fermented beverage consumption took place roughly 9,000 years ago, but the first signs of beer surfaced at around 4,000 years ago. This still means that there’s a possibility of beer consumption much before 1800 B.C.

Even when beer became a product that could be made and sold, women remained in charge of this creation were intrinsically linked to the beverage in comparison to today.

A teacher of the class The Archaeology of Beer at the Brooklyn Brainery, Patty Hamrick, discusses women’s authority in the art of beer-making with her insight, and it actually has a lot to do with language. She says, “[The Babylonian language] Akadian is a gendered language, and every time a law is listed for anything having to do with a tavern — like not overcharging for beer — every mention of a tavern owner uses ‘she.’”

The ‘alewife’ concept began surfacing during the fifth century A.D. Alewives often made large volumes of beer for their families or, if they had a lot of extra, would place greenery over their doors to advertise that they had extra beer for sale. They would also sometimes stand on corners of the street to advertise their beer. Some alewives even had rougher versions of bars in their homes.

The shift of brewing beer from women to men seemingly began when the appearance of brewing guilds. The earliest guild discovered was around 1200, and were more popularized in the 1500s. Hamrick provided her insight on this shift as well. It noted an end to women’s dominance in brewing when men had begun to involve themselves in improving the brewing process.

“This is when we begin to see people making rules for how a beer is brewed, and the use of hops is becoming prevalent, so beer would last longer and you could make larger quantities at a time and ship it to different cities and even countries. Beer was becoming larger-scale than before.”

By the 20th century, and the birth of The Industrial Revolution, brewing and shipping beer worldwide was becoming a norm in society, placing beer production (and consumption) primarily in the hands of men. While there appeared to be teamwork in place between both genders at the beginning, it was now deemed ‘not ladylike’ for a woman to be seen with a beer in her hand.

Today, there is a shocking statistic determining the low rate of female brewers. A study found by Stanford University stated that 20% of American breweries in 2014 had a female co-founder, 2% were exclusively female-owned, and 4% of the breweries they overlooked had a female head brewer or brewmaster.

“I asked people to close their eyes and think about the last beer they had … think about the aromas, the flavors, then think about the person that made that beer. Are they short or tall, blonde or blue-eyed, are they a big, bearded man or a woman? Nine times out of 10, they pictured this stereotypical big, burly man.” Wow!

Please SHARE this article if you enjoyed learning about this piece of history!

Previous article: Henry Winkler, 72, Wins His First Emmy and Makes a Speech He ‘Wrote 43 Years Ago’ For Happy Days’
Next Post: 13 Classic Fall Movies To Watch As The Leaves Change