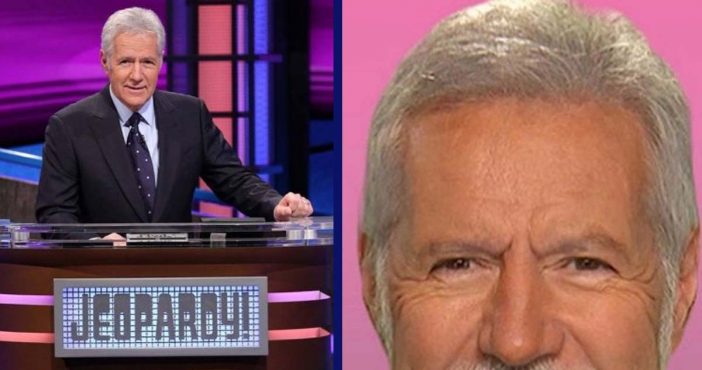 About a month later, the mustache was gone again. Fans of the show are hilariously keeping up with his grooming habits, but that isn’t all there is to look forward to during the 35th season of the show.

Stay tuned for a surprise bigger than the beard. pic.twitter.com/YOU8idWSou

The 35th season premiered on Monday, September 10, 2018. Jeopardy announced that this season will feature All-Star Games which will allow fans to see their favorite players join forces as teams. The team version of the game will air in February and March.

The teams will be determined by a live draft event hosted by Trebek himself. The draft is set to take place on September 22, 2018, at 10 a.m. PT on Facebook Live. This season will also feature a Jeopardy All-Star Games Fantasy League for fans.

What do you think of Alex Trebek’s beard and the new updates to the popular, long-running show? Will you be watching?

If you enjoyed this article, please SHARE with your friends who love Jeopardy and Alex Trebek!

Page 2 of 2Page
Previous article: Love Gardening? This Tiny Home Has Its Own Greenhouse And It’s Adorable!
Next Post: The Irwins Are Continuing Steve’s Legacy With New Conservation Show On Animal Planet