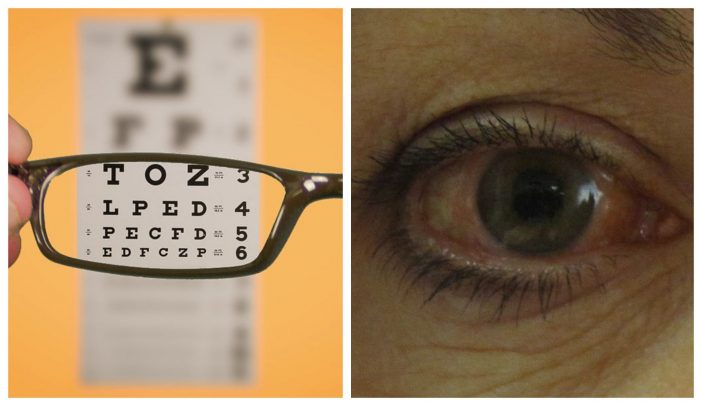 Upon climbing into older age, your eyes do just the same. They can develop some hard to deal with diseases like Glaucoma, Cataracts, and other eye problems. Fortunately, there’s new hope for these problems that include multiple forms of treatment for those who are looking to fix their aging eye ordeal.

The additional treatments options, given they work properly, may save you another eye surgery trip. Most people are so freaked out by the thought of a procedure tool touching their eye, they’re definitely not going to want another one. So, if you’re in the process of treating your eye troubles, you might be interested in the following information.

Cataracts are formed when the proteins that make up the individual’s light-focusing lens starts to clump with age. It can make the individual’s vision cloudy and make their eyes sensitive to glare. One of the most recent new treatments is the Symfony lens.

There’s also The RxSight Light Adjustable Lens, which allows doctors to adjust the lens after surgery. You may also be able to replace lenses over time if you use Perfect Lens so there’s no need for more future surgeries.

Glaucoma occurs when the fluid circulating through the eye builds up because the drainage canals are no longer working properly. This can lead to optic nerve damage and vision loss. While not all patients respond to medication, there have been some great new breakthrough meds that have hit the market. Vyzulta was approved by the FDA in 2017 and Rhopressa was released as well. Both alleviate pressure in the eye in addition to restoring the flow of the drainage canals.

There is also microinvasive glaucoma surgery. It’s not as effective as the traditional surgery, but it’s less traumatic with far fewer side effects. The procedure involves planting a tube into the eye to help restore the outflow of drainage through the canals. It is FDA-approved.

While mainly genetic, macular degeneration can also be provoked by things like weight gain, smoking, and not wearing sunglasses. When the macula becomes damaged over time, it leads to vision distortion and loss. The macula is the central portion of the light-sensing retina at the back of the eye. Some of the newest breakthroughs include gene therapy, next-gen stem cells, and an eye telescope.

The eye telescope seems to be the most plausible, which involves implanting the Implantable Miniature Telescope, which help magnifies the field of view and improves central vision. It’s currently limited to those who have not undergone cataract surgery, but further research is being done to confirm this or additional options.

Over time, glands in the eyes can produce fewer tears. This problem causes what’s known as dry eye and more than 16 million Americans suffer symptoms from it. While individuals can purchase over-the-counter artificial tears or be prescribed eye drops by a doctor, there are other options that may be a game changer.

There are dry eye-specific medications available, like Xiidra, that treat eye inflammation. There’s also a Gland Aid called LipiFlow Thermal Pulsation System. For those brave enough, there’s also an eye treatment that goes through the nose and triggers natural tear production. Finally, there are implantable eye drops that are released over a period of months.

People probably wonder how they become nearsighted or farsighted. Over time, lenses lose flexibility, so they’re not able to change shape to focus on different distances as much as they once were.

Now, they have light-changing inlays and eye-training programs. The inlays are implanted under the cornea to change light before it reaches the lens. This may minimize the need for glasses. The eye-training programs are exactly what they say they are. They essentially train the brain to see better up close (or far away). Something similar to this that’s already available is the iOS and Android app GlassesOff, which is $25 a month.

Be sure to SHARE this article if you’re excited about these new eye treatments in store!