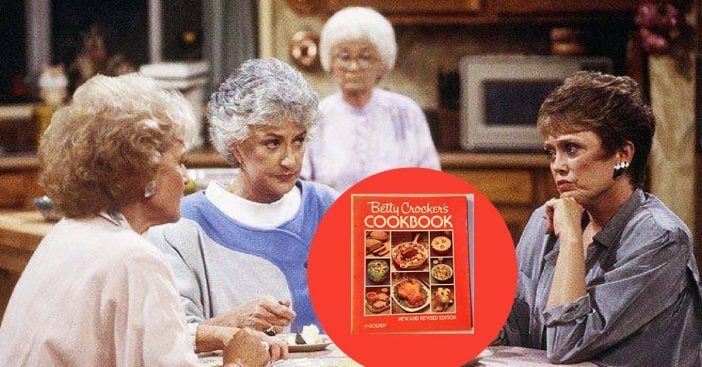 The Golden Girls was a sitcom that ended in 1992, but many fans are still obsessed with Blanche, Dorothy, Rose, and Sophia. In the show, these characters often sat around the kitchen table in their bathrobes, eating cheesecake.

Apparently, the ladies ate over 100 cheesecakes while filming the show. Now you can make a cheesecake similar to one they may have eaten during the show’s run. If you’re a Golden Girls fan, you might want to check out their new cookbook that is coming out.

Unfortunately, you may have to wait a while. It is being released in 2020 by Kingswell, which is associated with Disney Publishing. It will feature recipes inspired by the show, so you know there will be some cheesecake recipes in there. We know for sure because a recipe from the upcoming book has already been released on Babble, which is a website associated with Disney as well.

If you’re interested in making a Double Fudge Chocolate Cheesecake, inspired by the show, check out the recipe here. It certainly looks delicious!

This wasn’t the first Golden Girls throwback that was related to food. Last year, there was a restaurant that was inspired by one of the Golden Girls. Michael La Rue, a friend of Rue McClanahan, who played Blanche, opened up a restaurant called the Rue La Rue Cafe. The cafe in New York City had many of Rue’s personal belongings. It featured photos, clothing, and decorations from Rue herself. It even had her Emmy.

The bathroom was decorated just like the show and they often played The Golden Girls on TV or had trivia nights based on the show. It also appears that they had food that was mentioned on the show and comedy nights. Unfortunately, it abruptly closed the same year. Did you ever visit this restaurant? Do you know why it closed so quickly?

What do you think about a Golden Girls themed cookbook? Did you love the show? Will you buy the cookbook? Too bad we have to wait at least a year and a half to get it!

If you enjoy reading about Golden Girls nostalgia, please SHARE this article with your friends!