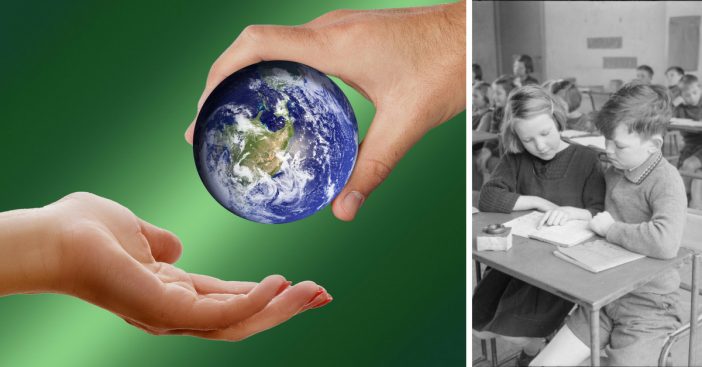 We all live on Earth. Yet, how much do you really know about this amazing planet? We learn the facts in school like how many miles around the earth is and how old it is (25,000 miles and 4.54 billion years old), but how much do you know about Earth? Humans are still discovering many facts about our planet.

Here are some of the coolest facts to impress your friends with. Did you know the longest mountain range is not above sea level?

Stories about giant waves were told for many, many years. Scientists didn’t believe sailors that said they saw random, giant waves. However, in 1995, an 84-foot tall wave was measured. A few years later, a 95-foot wave was measured! Now scientists realize that these waves are in fact real and actually pretty common in the sea. Rogue waves are generally twice the size of surrounding waves, can come from random directions and only happen in open seas. So, you’re safe if you stick to the shore.

The Mid-Ocean Ridge extends more than 40,000 miles and runs down the middle of the Atlantic Ocean, east through the Indiana Ocean and back up through the Pacific Ocean. The longest mountain range that we can see is only 4,350 miles!

Did you know that 9 out of 10 earthquakes and 75 percent of volcanoes occur because of the Pacific Ring of Fire? The Ring of Fire is a circle of active hot spots that mark the meeting point of several plates. Basically, because these tectonic plates bump into each other, it causes eruptions in the Earth.

These tectonic plates are shifting, but Australia’s is moving very quickly. It has moved 5 feet between 1994 and 2016. In about 50 million years, Australia will bump into Asia.

5. China has a fossilized forest

About 300 million years ago, an eruption happened in China that left a layer of ash on a swamp forest. This preserved all of the plants and trees. What is left is fossilized forest, with some trees over 80 feet tall. Scientists call it a Permian Pompeii.

6. There is a river in the Amazon that boils

A river in the Peruvian Amazon is about 200 degrees Fahrenheit. The hot water comes from very deep below the Earth’s surface so quickly it doesn’t cool once it reaches the surface. If any animals or people fall into it, they would be quickly burned.

7. There are mushrooms that take over entire fields

There is a mushroom called the Armillaria fungus that can weigh around 22,000 pounds and extend 37 acres! One was even found in Oregon that covered 2,400 acres and it was estimated to be around 8,650 years old. It grows roots that extend underground for miles and can also grow up into trees.

8. It can actually rain frogs

Although it is pretty rare, it can rain frogs, fish or toads. Often this is because of a tornado and it will pick up the animals and drop them many miles away.

Which fact was the most interesting to you? If you enjoy learning about our amazing planet Earth, please SHARE with your friends!   Photo Credit.

RELATED: Eight Crucial Facts You Need To Understand About The Real Titanic