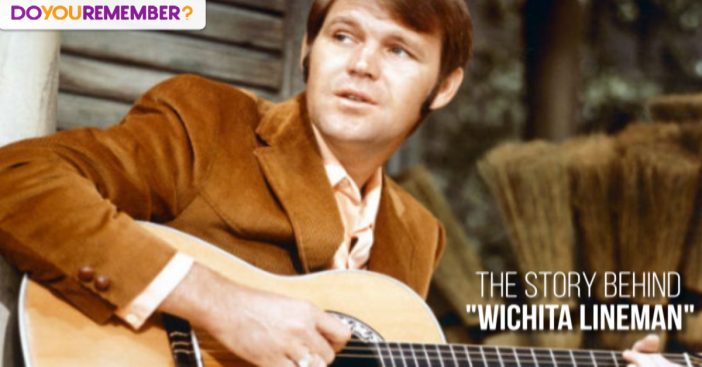 This song was written by Jimmy Webb, who also wrote Campbell’s “By the Time I Get to Phoenix” and “Galveston.” He was driving along the Kansas-Oklahoma border when he saw a lonesome telephone lineman working atop a telephone pole. This gave him the idea for the song.
Glen Campbell told the Daily Mail about his excitement on first hearing this song. He recalled that Webb used to write in the studio as Campbell did his recording.

When the songwriter sang to him the parts of this song that he’d initially written, Campbell knew it was a hit. He continued: “I implored him to finish it, and even offered to help. But he told me to go and play my guitar and leave the writing to him.” Webb added in our interview: “On certain songs, the magic is undeniable: ‘Wichita Lineman’ and ‘By the Time I Get to Phoenix.’ And it’s almost as though the song was waiting for the singer and the singer was waiting for the song.”