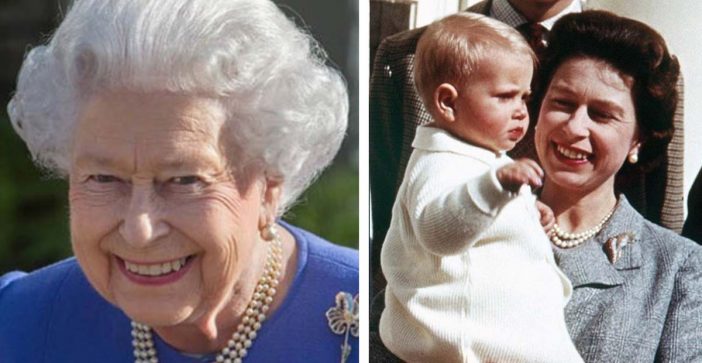 Queen Elizabeth II is a fan favorite all across the globe. She is an iconic symbol of style and grace, and always has been! From when she was a little girl, a young woman, all the way up to the graceful elder woman that she is now, it’s no secret she’s always had a knack for elegance.

There are many vintage photos of Queen Elizabeth II out there that are deemed of historic value. They mark an important time in history for the Queen, not to mention they have paved the way for the role model she has become today. Here are some of the most stunning vintage pictures of the Queen.

The Queen is pictured here at the age of 18 in 1945. She joined the ATS and became the first woman of The Royal Family to join the armed services full-time.

One month ago was the 65th anniversary of the Coronation of Queen Elizabeth II. In this photo, which took place in 1953, Queen Elizabeth was crowned at Westminster Abbey. Every coronation has taken place there since 1066.

She still has the same facial features as when she was 20 years old! This photo was posted as a throwback on Queen Elizabeth’s 92nd birthday 3 months ago.

A younger Queen Elizabeth II is pictured here with the Earl of Wessex in 1964. Prince Edward was just a little tike back then!

This photo was taken in 1940 of then Princess Elizabeth sharing a book with Princess Margaret in Buckingham Palace. The photo was posted 5 months ago for World Book Day!

Here, Queen Elizabeth is posing for a breathtaking photo with Prince Andrew in 1960, the year he was born! The Duke of York is now 58 years old.

In this photo, the Queen was presented with a bouquet of flowers during a visit in 1953. The Queen has ventured on more than 200 visits to Commonwealth countries.

This photo shows the Queen and the Duke of Edinburgh dancing together during the Centenary Ball of the Royal Scottish Pipers’. The photo took place in just 1982 for Burns Night, in light of Scottish poet Robert Burns.

This image presents the Queen when she became Colonel-in-Chief inspecting the Scots Guards at the City Chambers. This was the third day of her Coronation visit in 1953.

The Queen has been largely involved in the Church during her reign. She has visited every Anglican Cathedral in England for the Royal Maundy service. Click on the photo post to view the archived photos from previous Royal Maundy services she has attended.

The Queen is pictured here in 1937 with her mother, the first Queen Elizabeth, her father King George VI, and her sister Princess Margaret.

Be sure to SHARE this article if you loved these vintage photos of Queen Elizabeth II!

Previous article: Soldier Stands At Attention In Pouring Rain, Woman Is Amazed When She Learns Why
Next Post: Alan Alda Reveals That He Has Been Diagnosed With Parkinson’s Disease