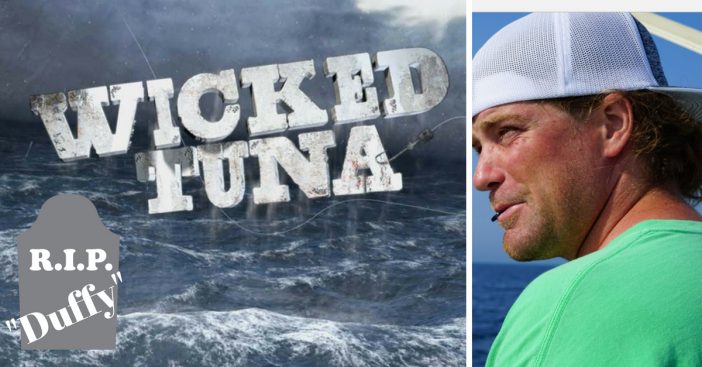 Nicholas “Duffy” Fudge from the show Wicked Tuna on the National Geographic Channel died over the weekend. The network confirmed his death on social media. Duffy was only 28 years old and the cause of his death is currently unconfirmed.

He was seen as a star of the show Wicked Tuna since 2013. He was also on the spinoff show Wicked Tuna: Outer Banks. Duffy was a first mate on Captain Tyler McLaughlin’s fishing boat called Pinwheel.

.@NatGeoChannel and @Pilgrim_Studios were saddened to learn that Wicked Tuna cast member Nicholas “Duffy” Fudge passed away this week. Duffy was the first mate on Captain Tyler McLaughlin’s fishing vessel, Pinwheel. We join his family and friends in mourning his untimely loss. pic.twitter.com/Cw8Q8JKQHn

The network released a statement that said they join Duffy’s family and friends in mourning this loss. His obituary says he died unexpectedly on July 19. He was known for his adventurous spirit, bravery, sense of humor and smile.

The memorial service will be held on Wednesday, July 25. Visitors are asked to dress “Duffy style” and donate to a fund dedicated to environmental preservation. Friends and family are asking for privacy and understanding in this difficult time. We are so sorry for their loss!

As a memorial for Duffy, we will be having a moment of silence on our Twitter during tonight’s episode. Rest In Peace. pic.twitter.com/CW1RIHTHrY

Wicked Tuna will be having a moment of silence during Sunday night’s episode for his memory. Do you watch Wicked Tuna regularly? Will you miss Duffy?

Please SHARE this article if you will miss Duffy on Wicked Tuna and to share condolences for his friends and family!