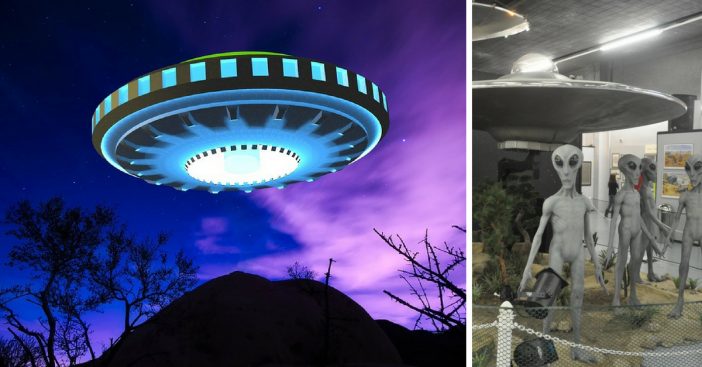 Whether you believe in aliens or not, there are probably some myths that you believe about UFOs and aliens. From Roswell to actually seeing UFOs, many people believe certain things about our distant friends in the galaxy.

However, there are certain popular myths that seem like they have to be disproven again and again. Here are some of the most common myths about aliens and UFOs scientists wish you would stop believing.

Roswell is still famous for its “alien sightings”. In 1947, a rancher found mysterious debris and turned it into authorities. The newspapers called it a “flying saucer” and theories ran wild. Later, the government revealed that it was actually a special balloon that was made to spy on Soviet nuclear tests.

2. There were mass sightings of UFOs in Arizona and even in Russia

In 1997, hundreds of people saw weird light patterns in the sky in Arizona, Nevada, and Mexico. Videos of the lights made it into the media and people swear it was UFOs. The Air National Guard says it was actually flares they dropped during nighttime exercises.

This wasn’t the first time something like this happened. In Russia in 1967, many witnesses said they saw crescent-shaped glowing objects in the sky. In reality, it was a test flight of a rock plume. The government was conducting secret tests at that time.

There is a secret military base in the Nevada desert known as Area 51. It is generally used to test experimental aircraft and different military equipment. For many years, people believe that this is where the government hides any evidence of alien remains.

Crop circles were first reported in the 1970s in England. Simple circles can be caused by waterspouts or diseased grain, but the more complex ones are probably just made by humans. Some people have even admitted to creating crop circles to fake people out. However, some do remain unexplained. Do you still believe they are from aliens?

Do you believe in aliens and UFOs or not? Do you think you’ve seen one? If you found this article interesting, please SHARE with your friends!